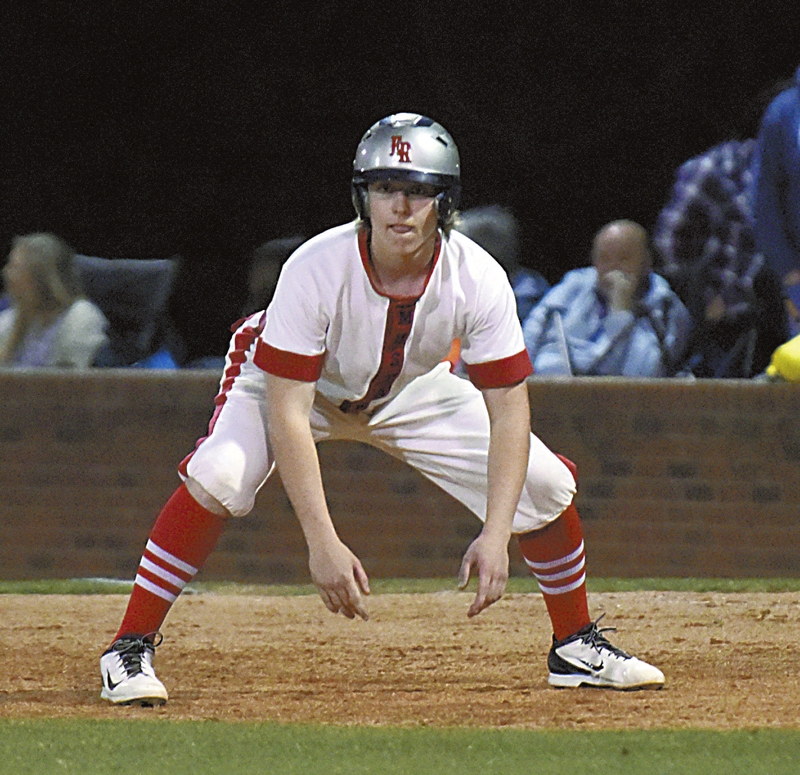 GRANITE QUARRY — Two teams in a desperate search for some offensive firepower squared off at Staton Field Friday night but only East Rowan was able to light the fuse.

The Mustangs (3-3, 2-1) broke a two-game losing skid in impressive fashion by rolling past the Concord Spiders, 11-1, in a South Piedmont Conference match-up, capped by a 7-run sixth inning to end the game by the 10-run rule.

East produced eight hits, three for extra bases, to back a solid pitching outing by junior left-hander Hayden Setzer (2-0) in the victory.

Senior John Owen, normally the Mustangs ace pitcher, provided the offensive spark in the game with a perfect 3-for-3 night, including a first-inning, two-run homer to put East quickly ahead. His two-run single in the second inning made it 4-0 and East never was seriously threatened after that.

“It feels great to be back,” said Owen, who came into the game with a sub-par .222 batting average as his team was reeling from consecutive shutouts early this week. “I had a couple of off games but I just went into the cage and worked on it as hard as I could. I am glad it paid off.”

The Mustangs did commit three errors, including a pair in the top of the sixth that allowed an unearned Spider run, but otherwise, the defense provided solid backing for Setzer on the mound.

“I didn’t throw my curveball for strikes, didn’t hit my spots the way I wanted and didn’t get ahead in the count the way I wanted,” Setzer said. “But I was very happy with the performance of the defense tonight behind me.”

The Spiders (0-3, 0-3) got to Setzer with lead-off hits in the first two innings but both times he worked out the jams with a pick-off at first and a pair of inning-ending strikeouts.

Setzer got the win with five innings of work, including three strikeouts and no walks. Senior Colby Myrick closed it out in the sixth with a pair of strikeouts.

The Mustangs closed out the contest with the 7-run sixth inning, keyed by Setzer’s bases-loaded triple and an RBI-double by first baseman Corbin Moss. Concord contributed a pair of errors in the decisive frame. The game ended with a one-out sacrifice fly by Matthew Mathis.

“We struggled this week offensively but we broke through tonight,” said winning coach Brian Hightower. “It is nice to put up some runs early and get ahead. We had our opportunities to break it open earlier, but I’ll take it in the sixth. It was a good conference win.”

The Mustangs continue SPC play next Tuesday with a key contest at Hickory Ridge. Owen (1-1) is expected to take the mound for East. Concord will seek their first win and some offensive production (just two runs in three losses) when they host Central Cabarrus on Tuesday.