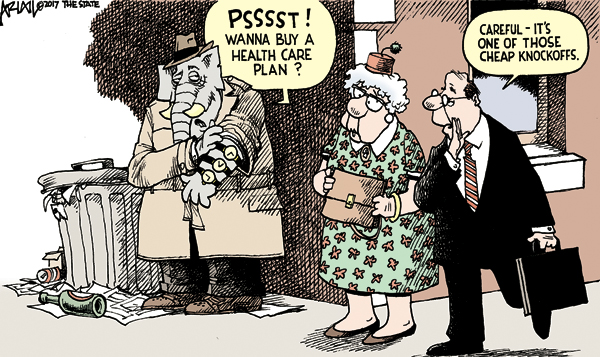 Since Apple is creating generations of future customers at taxpayer expense, they should have shown a bit more generosity in their negotiations with the school system. Perhaps, had they had to compete with other tech giants like Google (Chrome) and Samsung, they might have been motivated to offer a better “discount.”

The Chrome units are far more flexible, offer more storage (which is very important for those families that can’t afford internet at home) and far less expensive.

I’m glad he apologized and recognized the hurtful, traumatic history of this language in communities of color.

Commissioner Edds has always struck me as a conciliatory person. My hope: that he takes this moment and builds upon it to become a powerful ally for racial justice in the county. And use his influence to lead in a way that gives space for those most affected by poverty and violence in our community to be at the center of policy and direction.

This is disgusting. Resign. And your comment on an overly sensitive society is completely uncalled for. Own your blatant mistake and acknowledge what you said has so many negative and harmful connotations especially with what’s going on in the world, not just in your perfect bubble.

An apology was needed and it was done. How refreshing to see someone in public service own up to a mistake and take ownership. That’s a character trait of a leader. Thank you, Mr. Edds, for your example of maturity and grace. The White House should follow your example.

If I had been at the event and heard the reference to lynching, it would evoke images of “Bonanza” or “Gunsmoke.” It seemed that the Cartwrights or Marshall Dillon and Festus were always arriving in the nick of time to keep some mob from hanging someone accused of stealing a horse or rustling cattle. I find it a clever and useful metaphor for a larger-than-expected crowd.

There must be a statute of limitations on metaphors that some folks find offensive, or speakers and writers will increasingly be shackled (see what I mean?) by a PC Sanhedrin that protects Gangsta Rap lyrics as artistic freedom of expression but views an offhand remark referring to the old West as grounds for dismissal.

It’s a wonder any decent person would seek public office in such a hostile and irrational environment. I would like to see real discussions concerning race issues instead of deflections like this. This solves nothing, nor was it intended to.

Well said, but I think you’ll likely agree with me when I say that folks like (state Rep. Carl) Ford and (state Sen. Andrew)Brock have their agenda, and they are pretty well set in this. Should the proposed bill make its way through the General Assembly, its best chance to be undone by such common sense will be at the ballot box when the people (thankfully) have to decide its fate.

Bravo! Well said, Mary. It’s partisanship that has made our public discourse and politics so toxic, and we should collectively resist any effort to inject this cancer into our school boards and judiciary. Thank you.

A “rally” for half an hour? And (President No.) 45 couldn’t even get 45 people to show up? There were over 100 Democrats at the Salisbury office that same morning. Sad!

Had I known about it I would have been there.

I will resist him at every wrong turn he makes. Seeing as how he’s pretty much on the wrong road entirely, that’s going to be pretty much every turn.

Yes, there was some banter back and forth and a few unnecessary comments here and there, but one Trump supporter said something that stuck with me: “now you know how we’ve felt for eight years.”

Interesting how folks from pretty much the same backgrounds can have such different views on politics. I was very happy with an Obama White House and am miserable with a Trump White House.

However, the gentleman who made the comment helped me realize something: We’re all in this together, no matter who is president, and we’re all fortunate that our founders created a system that has actually worked pretty well, although it can be frustrating when your party is not in power.

A couple of knuckleheads at a peaceful women’s march in Raleigh, where more than 17,000 were in attendance, break storefront glass. Locally, regionally and nationally, Trump inspired hate crimes and violence against minorities, Muslims, gays, women are almost a daily occurrence. Words (or lack thereof) matter. Where is the outrage? Peaceful protests are expected.

It was a YUGE crowd.

We are in agreement. Our story is an American story that begins on the continent of Africa and has been short-circuited by neglect, bad information and racial politics.

Let’s take note that Jackie Robinson predates Rosa Parks in refusing to give up his seat on a bus. The Army tried to court martial him in 1944 before World War II ended for sitting next to a woman who passed as a white person. Parks and Robinson graphically symbolized and personified the challenge to vicious white supremacy in American history that is still present even though we have come a long way. However, we must not forget his courage, discipline, stamina, and conviction during his fiery trial of integrating America’s favorite past time. We must recognize his baseball accomplishments in spite of the obstacles he faced and overcame.

Thank you Dr. Fisher for a thought-provoking commentary.

All the bashing of the local police and the council is counter-productive and will not cause crime to drop. Police officers cannot usually stop crime from occurring; the best they can do in most cases is arrest the criminal after the fact. …

I believe a lot of folks in this town also support the police chief, and I write this to remind folks that not everyone is pointing fingers at our local leaders for our recent crime surge. … The problem lies mostly in the community itself.

The pay needs to increase for those that have stuck it out, as well as for any who decide to join the fray. Law enforcement needs to be left to the professionals, not politicians who have no clue what needs to happen to improve the sad situation in the city. Thank you to the officers who have remained in place during unsafe shortages.

But a city the likes of Salisbury is not a place to cut your teeth as a police chief.

Commissioner Pierce and Councilman Hardin have the residents’ … best interest at heart. The Salisbury City Council appears to not have a clue as how to handle the situation. Hardin and Pierce are at least talking and discussing options.

(Salisbury Pride’s) mission clearly states they work to provide visibility, safe environment  and education for the purpose of cultivating harmony within the community. That is the core reason to partner with other organizations in and around Salisbury and Rowan County. We are all in this together, folks.

The Salisbury Branch of the NAACP is the co-convener for the summit and WCJ thanks President Gemale Black and the local branch for your dedication to stopping the violence in Salisbury.

Paramount to this summit is hearing the community and problem-solving collaboratively with elected officials, law enforcement, county and city staff and educators.

The VA is going to be facing more negative reports when the doctors outside of the VA find out that they will have to wait months to receive payment. I saw a physician on a fee base card and he was never paid.

It is management, not the front line staff, that schedules appointments. Frontline and direct care are just as concerned about the problem as veterans.

I still want to pick my own doctors and set my own appointments. Tell Congress they have to use the VA for their health care and they will fix the problems ASAP.

My son attended this conference and really enjoyed it. Thanks for having this educational and informative platform for the kids to learn firsthand of the horrors of the Holocaust.

Jim Hunt did not fit your example. Oh, for another Hunt-type politician in Raleigh who actually cared deeply for our schools and educating our teachers and our children. Phil, you could adapt some of his stances instead of destroying them!

… Cal Thomas: The Trump effect on economy is more important than Russian rumors

I would ask, what sort of patriot is Mr. Thomas? The fact is, the major intelligence agencies have all stated that the Russians tried to influence our presidential election in favor of one candidate over another. That is an act of war. That is an attempt to undermine the very basic tenet of our democracy, free elections.

Another fact is, we now know that at least five individuals within the Trump election team met with Russian representatives during the campaign. Whether those two things — the Russian involvement in our elections and the meetings of Trump campaign people with Russians — whether they’re connected is the Big Question. It is something I, as an American citizen, want to know, and I would think Mr. Thomas would want to know as well.

“If you are an animal lover, a Rowan County taxpayer, or both, please join Shelter Guardians in saying “thank you” to Novant Hospital for their generous support of our county’s homeless shelter animals. And please give special heartfelt thanks to animal lover and Novant President Dari Caldwell, Supply Chain Manager Bill Easterling and Shay Collins at the Mocksville warehouse.”

By Joan Palmer Special to the Salisbury Post As the daughter of two of the founding members of the National... read more