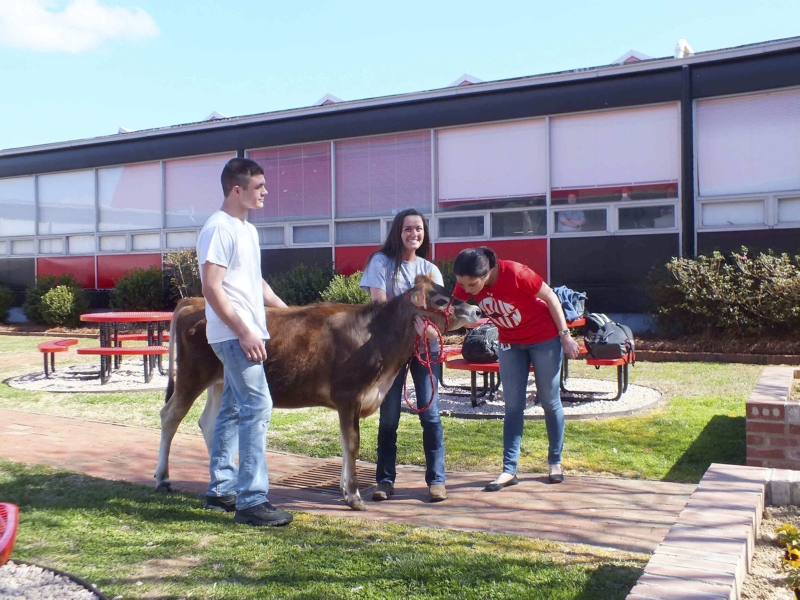 The event is a nationwide celebration to spread knowledge and awareness of agriculture and FFA.

Also during the week, South Rowan FFA held a “kiss the cow” fundraiser. Four staff members were selected at the beginning of the week to participate in the kiss the cow event. Each staff member had a jug with their name and picture on it and students donated money for the staff member they wanted to see kiss a cow on Friday.

On Friday, English teacher Kristin Barrett had the most money raised in her jar. Haddie, a Jersey dairy heifer raised on the South Rowan land laboratory, was brought into the school courtyard for the event. The student body of South Rowan all gathered to watch as Barrett kissed Haddie.

A total of $127.15 was raised during the kiss the cow fundraiser. The money was donated to the charity of the winner’s choice — Relay for Life.

Agriculture books for students in grades kindergarten through fifth grade will be donated to Millbridge Elementary School’s “Little Library,” which was built by South Rowan FFA.