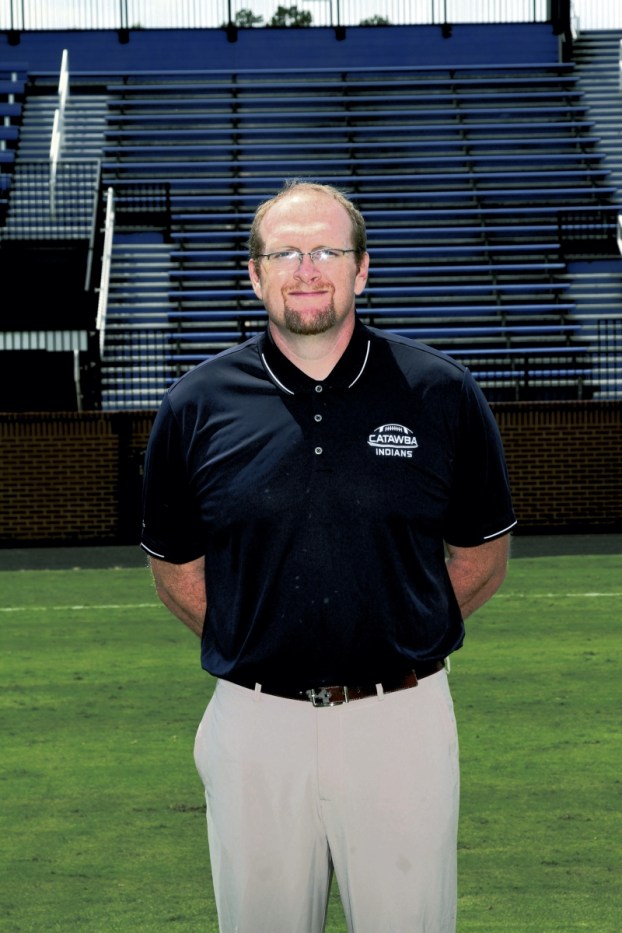 Brian Hinson has been announced as the new head football coach at Salisbury High School.

Salisbury High announced the hiring of Brian Hinson as the new head football coach on Thursday.

Hinson has served as Catawba College’s offensive line coach since 2010.

Hinson came to Catawba after a fine playing career at East Montgomery High and was a standout for the Indians. A four-year starter, he won the Jacobs Blocking Trophy as the top offensive lineman in the South Atlantic Conference in 1999. He was a two-time All-American.

Hinson moved over to Catawba after that successful season where he worked under head coaches Chip Hester, and since 2013, Curtis Walker.

Principal Luke Brown said in a statement that “Hinson stood above and beyond all others after an extensive search with many highly qualified candidates.”

Brown said Hinson will be teaching on campus this semester and will be meeting with players. Hinson is taking control of the football program immediately.

A full story on Hinson is upcoming.

By David Shaw sports@salisburypost.com SALISBURY — A Polaroid of Salisbury’s girls soccer season is slowly developing — and so far... read more