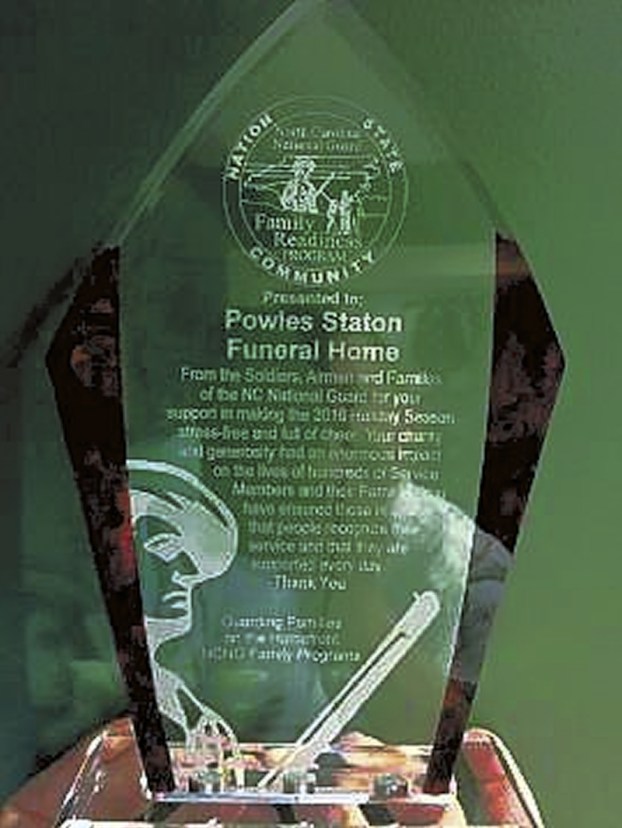 Russ Roakes led Operation Toy Soldier for the funeral home, along with Matt and Will Staton. Rowan County Register of Deeds John Brindle, Sheriff Kevin Auten and Lt. Mike Brady of the Sheriff’s Office also played large roles in collecting toys for the Guard families this past Christmas.

Brindle, Auten and Brady were on hand Tuesday to meet with the Guard representatives.

Powles Staton Funeral Home collects toys year round. It has a “Christmas in July” toy drive, along with a Christmas season toy drive in December.

By Mark Wineka mark.wineka@salisburypost.com GRANITE QUARRY — The Board of Aldermen wants to institute a moratorium on building permits in... read more