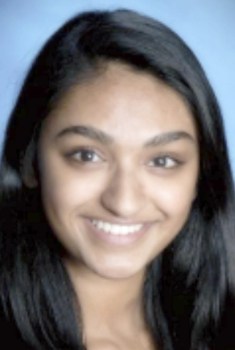 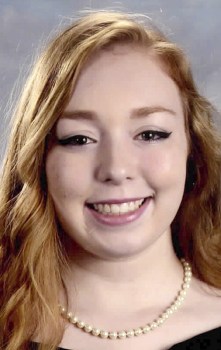 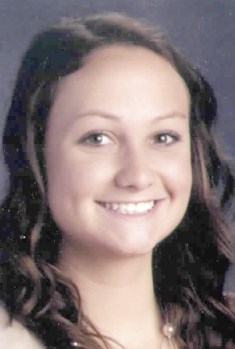 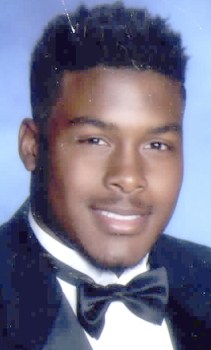 The Good Citizenship Award considers dependability, service, leadership and patriotism. It is based on merit, the completion of a questionnaire, an essay, scholastic record and two letters of recommendation. The essay prompt was “our American heritage and our responsibility for preserving it.”

The following students were named Good Citizens for the month of February:

The Goldman Scholarship was presented to two 2016 graduates of Rowan-Salisbury Schools, Josefina Gutierrez-Marin and Destiny White.

The Goldman Scholarship fund awards educational scholarships to female students through a competitive process that considers academic achievement, extra-curricular activities, financial need, references and the applicant’s statement of her personal and educational goals.

This four-year scholarship is administered through the sponsorship of the Salisbury branch of the American Association of University Women in memory of Helen Sokol Goldman and Julius L. Goldman.

Rian D. Burris, grandson of Rick and Susan Burris of Kannapolis, N.C., received the Gold Star for academic achievement from The Citadel, located in Charleston, S.C. for the fall semester. The Gold Star award is one step above the Deans List award. To receive the Gold Star, a student must receive a 3.75 GPA or higher with no grade below a B. Rian’s GPA was 3.94. He will be majoring in Biology, and in addition he is also on the Citadel wrestling team.

The Rowan-Salisbury Teacher of the Year, Anthony Johnson, was recently awarded the Blanche and Julian Robertson Family Foundation, Inc. grant to travel to Germany this summer through Go Global NC (formerly the Center for International Understanding).

The award was given  to Johnson at a Feb. 27 Board of Education meeting with representatives from the Robertson foundation.

Meredith Henderson from Go Global made a brief presentation about the program.

This is the sixth consecutive year that the Robertson foundation has provided the grant award for a Rowan-Salisbury teacher to travel internationally with other educators from across the nation.

Mr. Johnson is a fifth grade teacher at Isenberg Elementary School and is also the Southwest Regional Teacher of the Year.

This marks the tenth consecutive year the district has been recognized by the association for achieving excellence in communications, public relations and marketing.

The winning categories are as follows:

• Board of Education ‘Celebrations’ – Bronze Award

The ceremony is an annual event sponsored by the association.

The event recognizes the public school public relations staff for excellence in promoting the great things happening in our public schools across the state. Rita Foil serves as the district’s public information officer overseeing communications, marketing and public relations for Rowan-Salisbury Schools.

Devin Gay, a junior at Carson High School who is also cross-enrolled in the JROTC Academy at South Rowan, recently received notification from the U.S. Military Academy at West Point that he has been selected to attend the West Point Summer Leadership Experience in June.

The experience is a week-long orientation to West Point and is designed to allow prospective cadets the opportunity to experience life as a member of the elite Corps of Cadets.

Adrian Figueroa, a senior at South Rowan High School, has recently signed with the U.S. Navy Reserves to serve as a corpsman. Provided he passes all initial training, Figueroa would be qualified to provide forward medical support to combat U.S. Marine elements. Additionally, Figueroa plans to begin his studies at UNC Charlotte as an accounting major in the fall of 2018.

Figueroa is the current battalion commander of the JROTC Academy at South Rowan, the highest cadet position in that program. Figueroa is the son of Victor and Tonya Martinez of Landis.