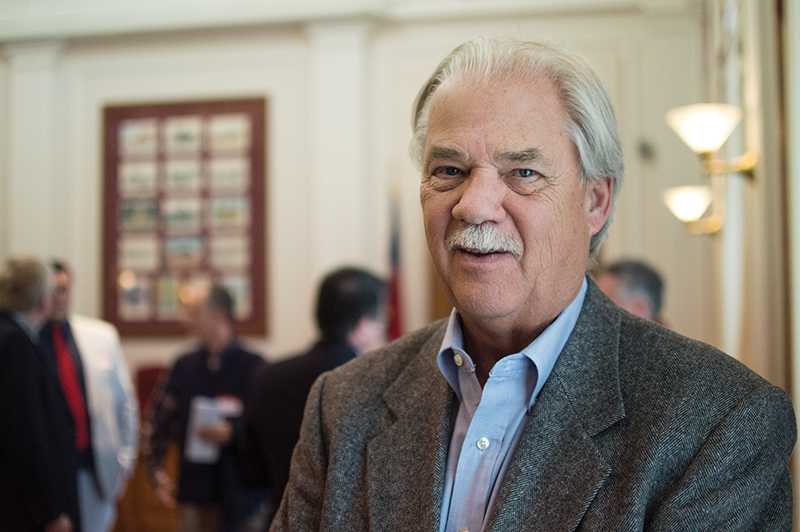 During the party’s convention, Vick, 68, was elected to a two-year term without any opposition. He runs The Candy Shoppe on Main Street in Salisbury with his wife Nancy. Vick came to Rowan County 23 years ago from neighboring Mooresville.

After his election on Saturday, Vick said an important task in the next two years will be getting more Republicans, especially young people, involved in the local party.

“We need to make sure that we embrace and reach out to all the young Republicans because, you know, some of us folks are getting a little bit older,” Vick said. “I think that’s the important thing, to get everybody involved and everybody working together toward common goals.”

He said it’s an honor to be elected chairman. Vick said he was asked if he’d be willing to serve in the position. He accepted and on Saturday appeared on a nominating committee’s slate of candidates. Previously, Vick served on the party’s executive committee and worked as a campaign volunteer.

“We can’t sit back on our laurels and say this is a Republican county and we don’t have to worry about it,” Kidd said.

Saturday’s election was unlike one two years ago, when two competing slates of candidates drew a standing-room-only crowd of people to the county’s administration building. This year, the nominating committee’s slate of candidates quickly received a motion and a second. No one in the crowd of about 50 people expressed opposition to the slate, and it passed by voice vote.

The slate of candidates included Vick, officers and several members at large.

The Rowan County Republican Party’s officers for 2017 to 2019 include:

Cox was elected to a second-straight term as treasurer.