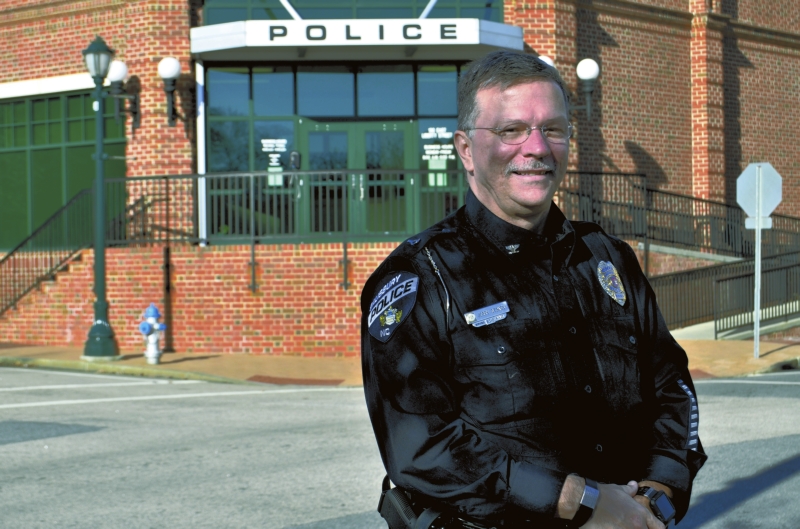 Police Chief Jerry Stokes was given a vote of confidence Thursday by Salisbury City Manager Lane Bailey in the wake of a proposal to have the Rowan County sheriff take over operational control of the Police Department temporarily. Jon C. Lakey/Salisbury Post

SALISBURY — In the wake of a crime-fighting proposal floated by two elected officials, City Manager Lane Bailey says he has full faith in Police Chief Jerry Stokes and the city’s police officers.

Other than in news reports, the idea has not been discussed publicly. Multiple county and city officials, including Bailey, said they have not been approached privately about it either.

Responding to a news story about the idea, Bailey on Thursday said he is proud of the job that Salisbury police officers are doing under difficult circumstances. Bailey said he will meet with every shift at the Police Department to express his gratitude for the officers’ work.

He said police officers also expressed support for the chief.

“They are working under extremely challenging circumstances,” Bailey said.

He added that the city is grateful for the support that the county government has offered to the Police Department. In December, county and city governments signed an agreement allowing off-duty sheriff’s deputies to work overtime as police officers.

Bailey said city leaders realize that there is a violent crime issue. He said the city is working hard to address violent crime with all resources available.