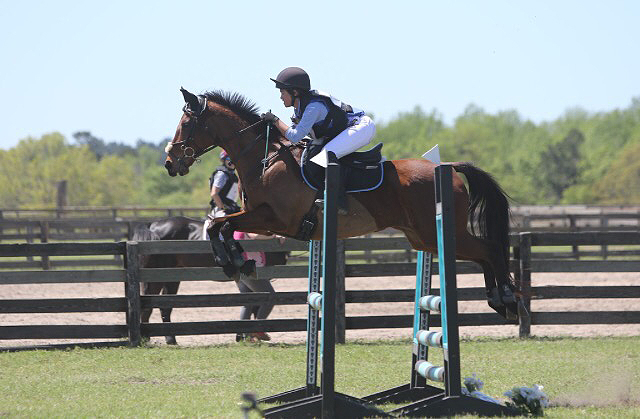 Mikayla Mather, a senior at Salisbury High School, started riding horses when she was eight. She now competes nationally, and has dreams of becoming a veterinarian. Submitted photo

SALISBURY — Mikayla Mather may still be in high school, but she has already carved out her own American dream.

The Salisbury High School senior was born 19 years ago, in the Chinese countryside. She calls it a “different start to life.” Mather doesn’t know where she was born, or even who her biological parents are — all she knows is that, soon after birth, she was left on a villager’s doorstep.

Mather was taken to an orphanage in Changsha, China, where she lived for a year and a half before she was adopted. For Mather, that’s where her story begins.

She was adopted by Lisa and Richard Kevin Mather, a couple who badly wanted children.

“I think it was kind of destiny for us to find each other,” she said.

The three became a family, and Mather said she took on the cultural identity of her new home. Her parents were very open about her adoption and took her to Chinese festivals when she was younger, but the culture didn’t click.

“I like that,” she said of the experience, “But that’s not really me and that’s not who I am.”

Mather is herself, she said, is an American — and she’s pursuing her dreams. When she was three, Mather decided she wanted to be a veterinarian — a path she hasn’t strayed from in 16 years.

It was a dream that started when she first came to America and met the Mathers’ dogs. She hadn’t had much exposure to animals before then, she remembers, and she fell in love.

In the years since, her dream has blossomed. Mather started riding horses when she was eight years old, and has competed in national competitions. Mather can still remember her first riding lesson. It was cold, she said, and the lesson was held inside the barn, but it was the start of a life-long passion.

Now Mather rides most days of the week, and competes on the weekends. She helps out part-time at Cornerstone Farm in Mocksville, has shadowed veterinarians and has worked at therapeutic riding centers and with the Winston-Salem dog club.

Mather laughed and said that while she has a lot of friends, she feels they’re divided between people in her normal life and people in her “horse life.”

It hasn’t always been easy, but Mather said she’s stuck to what she wanted. And she’s had the support of the Mathers the whole way.

Mather said her parents were always sure to let her know how lucky they were to find her, and as a child they read her lots of stories that she could relate to.

Once, the family was even able to travel to China with her dad’s work. Mather’s old orphanage, however, had been shut down. But the visit was enough to show what her life could have been like if she wasn’t adopted. An orphanage they visited in Beijing was crowded, and the children there didn’t receive much attention. If the Mathers hadn’t adopted her, she said, it’s likely she would have stayed there until she aged out of the system.

“The reality of that is so different from my life today, it’s a little scary,” she said. “But I know how lucky I am.”

But her life here hasn’t always been easy, either. Mather’s father died in August, and she and her mother have struggled with the loss.

“He always really inspired me a lot, and was always that positive influence even when I didn’t believe in myself,” she said of her father.

Her riding and desire to become a vet were things he was heavily invested in. Mather said the loss really hit her during a cross country event in the fall — something her father was always there for, cheering her on.

But she pressed on, and was able to do well in the event. And Mather still has her mother, who she’s very close to.

“A lot of people aren’t close with their parents but I can say that my mom and I have a really good, strong relationship,” she said.

And Mather is someone who looks towards the future, she doesn’t let her past define her. But it is part of her.

“I think it makes me unique,” she said.

In the meantime, Mather has a dream — and she plans to make it a reality.