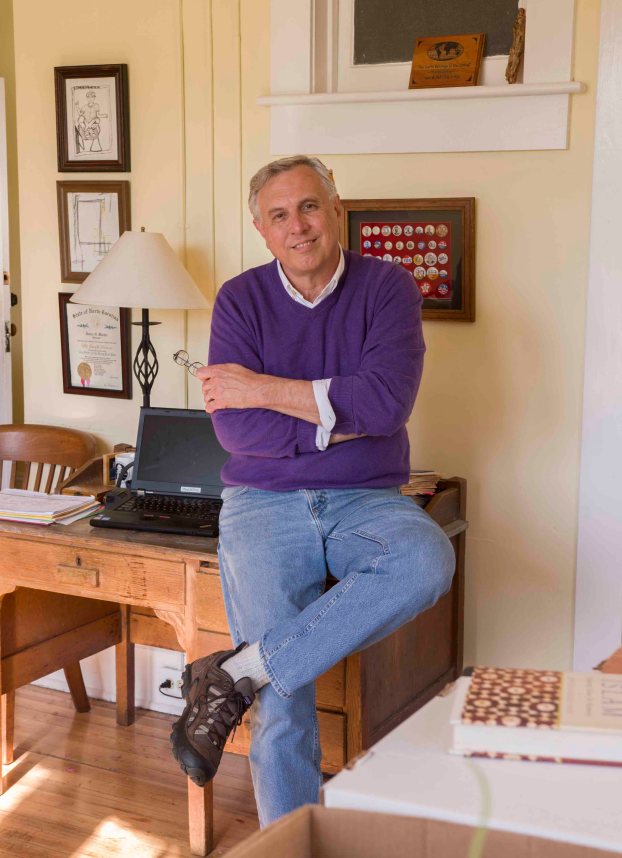 Catawba professor to be honored at conclusion of local heritage study

SALISBURY — A long scholarly odyssey by a Catawba College professor will end Friday. Historian Gary R. Freeze will be honored with a ceremony in the college library to mark the completion of his local heritage study, the “Catawbans,” a three-volume chronicle of the history of Catawba County and the greater Hickory area.

There will be a two-part celebration on Friday, with Catawba College officially archiving all the works at the college library and a book signing at South Main Book Company.

The narrative starts in the era of colonization in 1747 and finishes with developments in industrialization in 1992, as globalization was about to arrive. The three volumes —“Crafters of a North Carolina County” (1995), “Pioneers in Progress” (2003) and “Boomers and Bypasses” (2016) — total more than 1,500 pages and a half-million words.

“I sort of feel like I’ve been over Niagara Falls in a barrel, taken all kinds of bounces, lived through quite an adventure and got to tell all about it as I went along,” Freeze said.

The most daunting part of the work, he said, was the reading of most of the issues of a Hickory daily newspaper in the twentieth century.

“A month of news could be read, at best, in an hour; so rounding, I logged somewhere around 1,200 hours in front of a microfilm reader.”

“The project grew out of a decision by Catawba County to properly celebrate its 150th anniversary in 1992,” said Sidney Halma, director of the effort since its inception.

When Freeze started research in the summer of 1990 Halma was curator of the Catawba County Historical Museum in Newton.

“As Gary found out more and more about our county, the effort grew from one short volume to more than a half dozen, and the scope of the work was extended into the third decade. It has been quite the labor of love for all of us involved,” she said.

The project was collaborative at all times. Its success depended upon a highly unusual public-private partnership, involving county commissioners, municipal officials and citizens from all walks of life.

“People from all parts and portions of the county were partners in these ventures,” Freeze said, “from legislators and Rotarians to the ladies who work in the many lunch counters I frequented over the years. Everyone shared in the pride that went into the chronicling of their American story.”

Freeze has had close ties to the team that has been with him most of the way. In addition to Halma, Alex Floyd, curator of the local history room of the Catawba County Library, logged thousands of hours as a research assistant, and Sylvia Kidd Ray, a local journalist, thought of hundreds of families, events and ideas that would need to go into the text.

“Without them, it would have taken twice as long, been half as interesting, and three times more exhausting,” he said.

The “Catawbans” project has taken the writing of county history to a new level in North Carolina.

“No one in the history of our state has written three volumes of local history, telling a story that includes the contemporary period,” said Kevin Cherry, director of the North Carolina Office of Archives, History and Parks. UNC Greensboro historian Christopher A. Graham has argued that Freeze’s work is “notable for its attempt to bridge the canyon” between academic and popular themes.

“Gary’s respectful treatment of all families, from the grandest to the most common, has advanced the cause of genealogy. He has helped us understand how interconnected we are, even at the grassroots level,” said Gretchen B. Witt, current curator of the Rowan Public Library local history room.

While compiling the trilogy, Freeze also completed more than a half dozen “institutional” studies, writing about a Victorian Era resort hotel, the county’s hospital, a former farm life school, a congregation and the City of Newton.

“In many ways, these smaller books are embellishments of the greater themes I found in the county-level research,” Freeze said.

Some of the research went into several articles Freeze published in academic outlets. This year, Freeze will be part of an anthology on North Carolina’s role in World War One, focusing on the pro-German sentiment in Lutheran counties like Catawba and Rowan.

Catawba College will officially archive all the works and honor Freeze at a ceremony at 3:30 p.m. in the college library. Later, Freeze will be part of Friday Night Out in downtown Salisbury. He will be at South Main Book Company, 110 S. Main St., from 6:30 to 8 p.m. to sign books and will give a talk about the third volume at 7 p.m. The public is invited to both events.