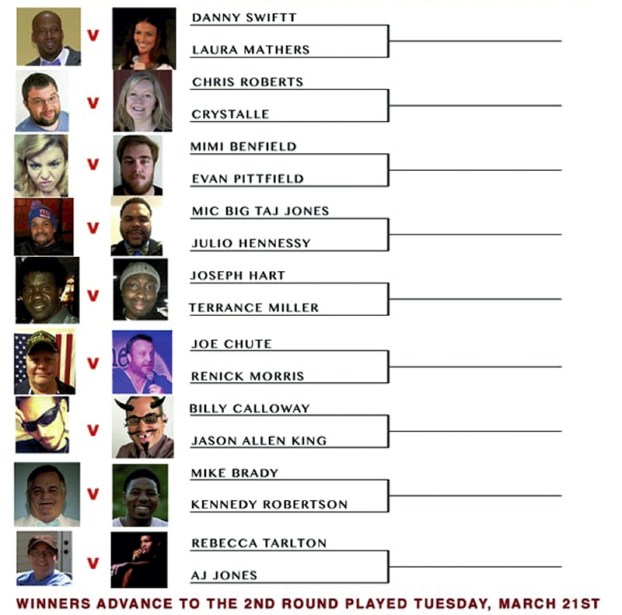 Charlotte’s funniest bracket battle is back

Charlotte’s funniest bracket battle is back

All are local to the Charlotte area, making this one of the few places you can see so much diverse local talent all in one spot. See fresh new comics — like Jennie J, making her competition debut (while 7 months pregnant) — go against established Queen City comedians — like Mimi Benfield who has opened for big-name acts like Carlos Mencia and Jen Kirkman.

Last year’s winner Kennedy Alexander Robertson will be returning to defend his title.

Audiences will be able to vote for their favorites using their smartphones and will decide who moves forward in the bracket until ultimately one winner is named.

March 7: Round 1A with the first group of 16 comics

March 21: “Sweet 16” featuring the winners of the previous two shows.

March 28: Finale! One talented winner will be named.

Will Jacobs will host again this year.: Will is a Charlotte comedy scene success story:: An attorney by day and comic by night, he’ll headline at the Comedy Zone for the first time this month in addition to hosting the tournament. Salisbury native: and funny man Cale Evans has a hand in The Comedy Zone. Tickets and info are available at https://www.cltcomedyzone.com/