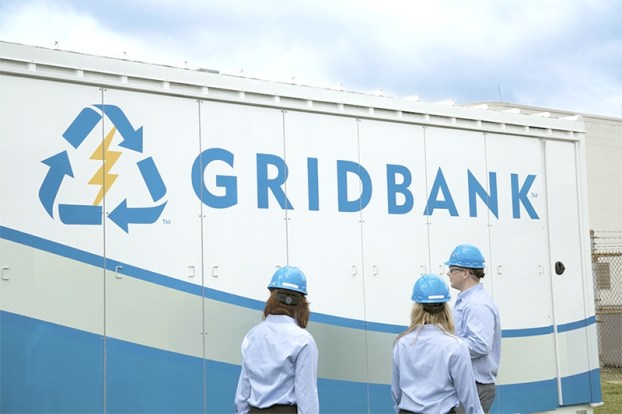 CONCORD – Alevo’s plans to add production lines and equipment at its battery manufacturing facility in Concord will create just more than 200 jobs and invest $251.5 million into the local economy.

Both the Cabarrus County Board of Commissioners and Concord City Council supported the expansion and approved two five-year, performance-based tax incentive packages totaling $4,291,596 for the city and $6,258,577 for the county. The project also includes a Job Development Investment Grant of $2.6 million that was approved by the state Economic Investment Committee.

“In a short time, Alevo has plugged into the community and embraced their role as a link from our past to our future,” said Cabarrus County Commissioners Chairman Steve Morris. “We are proud to support their investment in technology expansion and jobs because it will help power future industry in Cabarrus County.”

The Concord location is Alevo’s first U.S. manufacturing site where the rechargeable GridBank Lithium-Ion battery storage system is made. The company, which currently has 215 full-time employees in Concord, will hire manufacturing, engineering, maintenance, logistics, supply chain and other employees.

“We knew early on that the Concord location would be the ideal fit for Alevo, and this expansion of our production operation allows us to continue to strengthen our ties and investment in the Cabarrus County community,” said Chris Christiansen, president of Alevo USA Inc. “We look forward to partnering with local recruiting services, NC Works Career Center and Rowan-Cabarrus Community College to help us build our local workforce and fill these new maintenance and skilled-trade labor positions.”

“We are grateful to have a cutting-edge energy technology company within our community and have fully supported Alevo in its manufacturing expansion plans,” said Robert Carney, executive director of Cabarrus Economic Development. “Their substantial investment and creation of jobs that are above our average county wages will provide tremendous opportunity for Cabarrus County citizens.”

Concord Mayor Scott Padgett added, “The City Council and I maintain confidence in Alevo’s plans to reclaim Concord’s largest manufacturing site and transform it to a hub of clean energy technology. Alevo is truly a multinational corporation, and we are excited for their expansion in Concord as they market their products and services to the world.”

Under the terms of the development grant, Alevo is eligible to receive as much as $2,638,000 in total reimbursements. Payments will be in annual installments over 12 years pending verification by state regulators that the company has met incremental job creation and investment targets. The development grants reimburse new and expanding companies a portion of the newly created tax base with the goal of increasing the overall revenue benefit to the state.

By law, the grant projects must result in a net revenue inflow to the state treasury over the life of the award. For projects in Cabarrus and other Tier 3 counties, 25 percent of the eligible grant is directed to the state’s Industrial Development Fund Utility Account to help finance economic infrastructure in rural counties. Alevo’s expansion could provide as much as $879,000 in new funds for the Utility Account.

Founded in 2009, Alevo is headquartered in Switzerland with GridBank manufacturing in the U.S.

Alevo Analytics provides advanced analytics and simulation capabilities, business intelligence and advisory services with a primary focus on the power and energy sectors as well as real-time software solutions for SCADA, EMS and Analytics IQ databases.

By Elizabeth Cook editor@salisburypost.com SALISBURY — More than five decades after it was founded in Salisbury, the National Sports Media... read more