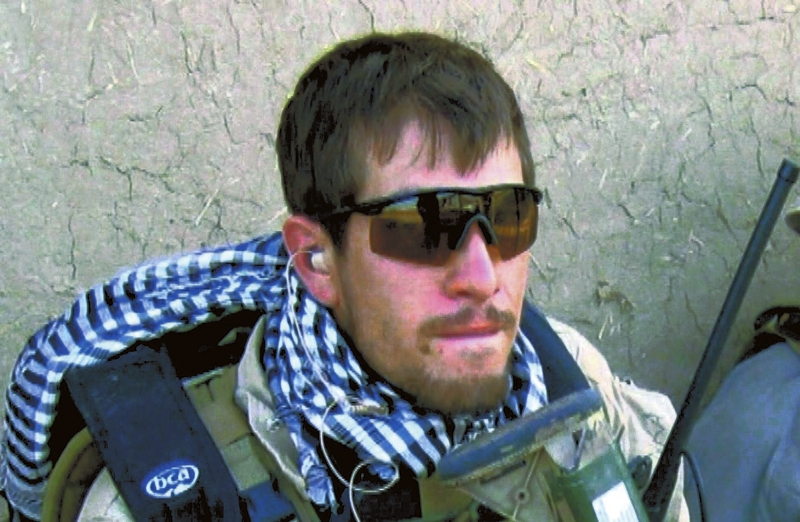 Submitted photo Danny Dietz, a Navy SEAL killed in Afghanistan in 2005, was part of a mission described in the 2013 movie "Lone Survivor."

Each ticket costs $10, and only 200 will be sold. The winner of the raffle wins a specially made Danny Dietz Arctic cooler, which features the commendation in which Dietz, a Navy SEAL, received the Navy Cross and several other medals.

His mother donated the Danny Dietz challenge coin which also is embedded into the cooler.

Petty Officer Dietz was killed in action in Afghanistan June 28, 2005, and his story was told as part of the 2013 movie “Lone Survivor,” starring Mark Wahlberg, and he also is the subject of the book, “Danny: The Virtues Within” by Jeremy Dunlap.

Actor Emile Hirsch played the role of Dietz in the movie. The mission of the special operations force was to capture or kill a notorious Taliban leader, Ahmad Shah.

Dietz’s mother, who lives in Texas, is a friend of Russell Roakes, an employee at Powles Staton Funeral Home, which regularly holds events for veterans and provides other projects related to its membership in Veterans Funeral Care.

Once all the raffle tickets are sold, the funeral home will conduct a drawing and notify the winner.

Here’s what the Navy commendation for Dietz says that will be included on the cooler:

“For extraordinary heroism in actions against the enemy while serving in a four-man Special Reconnaissance element with SEAL Delivery Vehicle Team ONE, Naval Special Warfare Task unit, Afghanistan from 27 to 28 June 2005.

“Petty Officer Dietz demonstrated extraordinary heroism in the face of grave danger in the vicinity of Asadabad, Kunar Province, Afghanistan. Operating in the middle of an enemy-controlled area, in extremely rugged terrain, his Special Reconnaissance element was tasked with locating a high-level Anti-Coalition Militia leader, in support of a follow-on direct action mission to disrupt enemy activity.

“On 28 June 2005, the element was spotted by Anti-Coalition Militia sympathizers, who immediately revealed their position to the militia fighters. As a result, the element directly encountered the enemy. Demonstrating exceptional resolve and fully understanding the gravity of the situation and his responsibility to his teammates, Petty Officer Dietz fought valiantly against the numerically superior and position ally advantaged enemy force.

“Remaining behind in a hailstorm of enemy fire, Petty Officer Dietz was wounded by enemy fire. Despite his injuries, he bravely fought on, valiantly defending his teammates and himself in a harrowing gunfight, until he was mortally wounded.

“By his undaunted courage in the face of heavy enemy fire, and absolute devotion to his teammates, Petty Officer Dietz will long be remembered for the role he played in the Global War on Terrorism.

“Petty Officer Dietz’ courageous and selfless heroism, exceptional professional skill, and utmost devotion to duty reflected great credit upon him and were in keeping with the highest traditions of the United States Naval Service. He gallantly gave his life for the cause of freedom.”