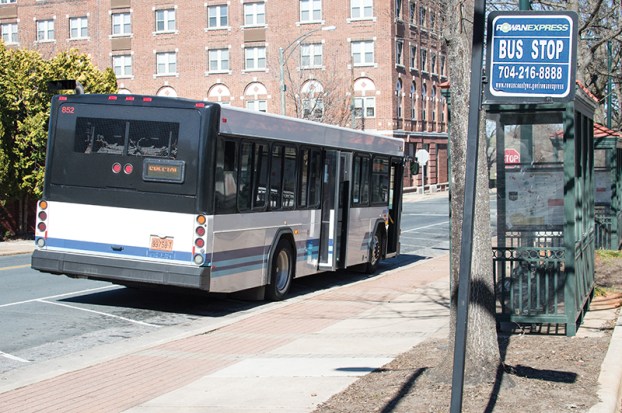 A bus sits at the City of Salisbury's transfer stop on Depot Street in downtown. Is transportation an obstacle for people in poverty?

SALISBURY  — An Amtrak trip to Salisbury will come with a free bus ticket starting in March.

The intention, Harrison said, is that travelers aren’t stuck at the train station without a way to travel further into the city.

A regular bus ticket is $1. The city offers reduced rates for senior citizens and people with disabilities.

The start date — March 1 — could be delayed depending on when all agreements are signed, Harrison told Salisbury City Council.

Salisbury Transit’s ridership for the first six months of fiscal year 2017 — July to December — was 87,766. As more people learn about the program, McElroy said it’s possible that the number of average riders of Salisbury’s transit service could increase.

The city has three bus routes, all of which stop at the city’s transfer station on Depot Street. Route Three, also known as the Blue Route, travels into East Spencer and Spencer.

By Wayne Hinshaw For the Salisbury Post “Who has had a fall? Did it happen at your home?” Those were the... read more