The Western that was nearly shot down 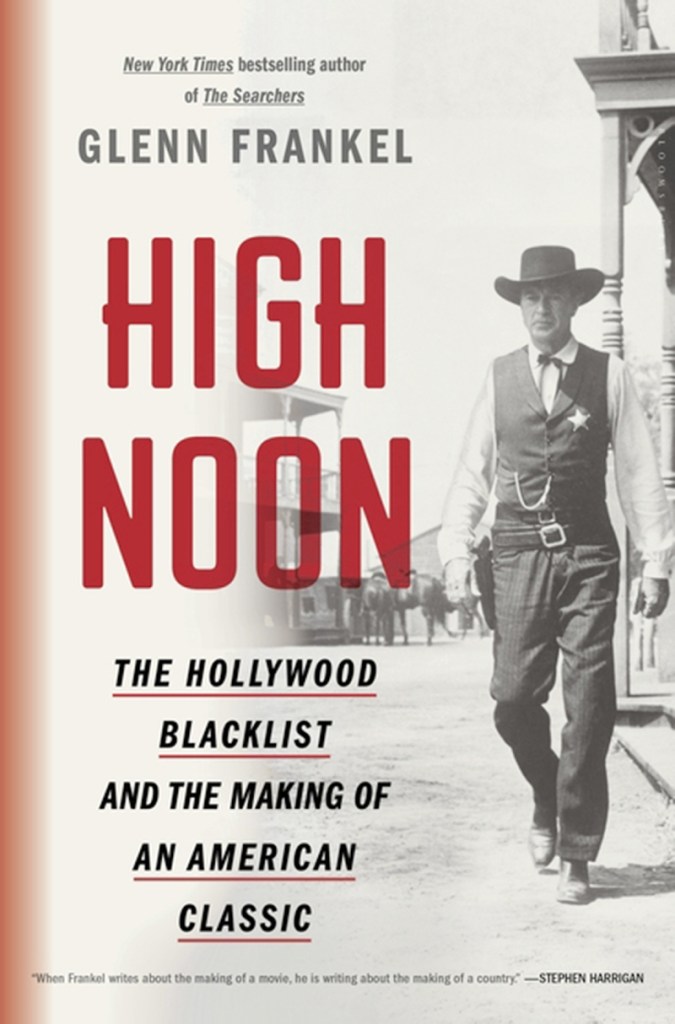 High Noon: The Hollywood Blacklist and the Making of an American Classic

“High Noon: The Hollywood Blacklist and the Making of an American Classic,” by Glenn Frankel. Bloomsbury. 377 pp. $28.

Two-thirds of the way into “High Noon,” Glenn Frankel’s aromatic blend of politics, personalities and showbiz, the book arrives at its most fascinating mash-up.

This comes in the fall of 1951 at the mansion of Hollywood composer Dimitri Tiomkin. The maestro owes his success to Westerns such as “Red River,” though — as with many of the movie folk who populate this teeming read — his roots go back to European Jewry.

Tiomkin had his bar mitzvah in pre-Soviet Russia, and he still tends to massacre English. Yet his latest assignment calls for a cowboy song.

The right music, the producers believe, might salvage a Western that the head of Columbia Pictures regards as “a piece of crap.” Before long, Tiomkin manages to come up with a fresh tune, and the song gets its first run-through in a “Russian accent contorted into a tortured Texas Panhandle drawl” that knocks everyone “out of their chairs.”

Then Tex Ritter comes in and works up a treatment no less than devastating. “Do Not Forsake Me, O My Darlin’ ” becomes an essential ingredient of “High Noon,” a movie still ranked among the very best, and — more than that — a ready-to-hand metaphor for “good and evil in a showdown.”

The combustion that occurred in Tiomkin’s music room that day was just part of what “made everything fizz,” according to producer Stanley Kramer.

Kramer, too, belongs in the Hollywood pantheon, and he had a hand in every part of the process. In particular, he risked giving the marshal role to Gary Cooper, thought by many to be over the hill.

Yet Kramer admitted eventually that he couldn’t figure out the secret to his 1952 hit, at once a compelling story and a haunting vision: “I can’t tell you why, and that’s as honest as I can be.”

For a fuller answer, best to pick up this latest effort from the Pulitzer-winning Frankel. I doubt anyone can come closer to the heat of creative ferment.

Frankel’s fresh understanding, to be sure, owes a lot to plain old digging. A former Washington Post reporter, he unearthed Kramer’s confession of helplessness, for instance, in a taped conversation that had languished for decades. The provenance is clarified in one of the text’s many hundreds of endnotes — and his bibliography is equally exhaustive.

The heaps of research, however, never snuff out what’s entertaining about scenes such as the culture clash around the emigre’s piano.

Frankel’s grasp of cinema’s “collaborative effort” leads to a juggling act, switching points of view among the film’s chief contributors. In time, screenwriter Carl Foreman emerges as the story’s hero, but everyone enjoys sensitive handling, while helping to build unusual suspense.

The movie started out as “the ugliest duckling of them all … shot on a shoestring budget.” Its neglect damaged the fruitful partnership of Kramer and Foreman and created risks even for its aging star — the first of the major players Frankel examines.

That is, he starts with the fun stuff: the Hollywood gossip. He drops so many names that they even include a couple of women who never bedded the handsome “Coop.”

Before long, however, gloomier business looms — the worst threat to “High Noon” or any creative fusion. In 1947, the House Un-American Activities Committee (HUAC) decamps in Los Angeles, intent on rooting out “commies” in the film industry.

Although the Red Scare’s trail of betrayal and ruin looks as heartbreaking as ever, the story can’t help but feel a tad rehashed. Frankel’s chapters on the hearings and their consequences rely on the same intense research as the rest (including material never published before), but they lack the warmth of the biographical passages.

Still, Foreman makes a fascinating case study. Summoned before the committee in the middle of the film shoot, he invites not just pity but also respect. He earns the right to claim, years later, “I became the Gary Cooper character.”

Even in rerun, the sheer wickedness of HUAC’s witch hunt generates terrific drama — and offers reassurance. Though Frankel began this sumptuous history long before the latest election, he ends up reminding us that 2016 was far from the first time politicians trafficked in lies and fear, and showing us how, nonetheless, people of integrity came together to do exemplary work.