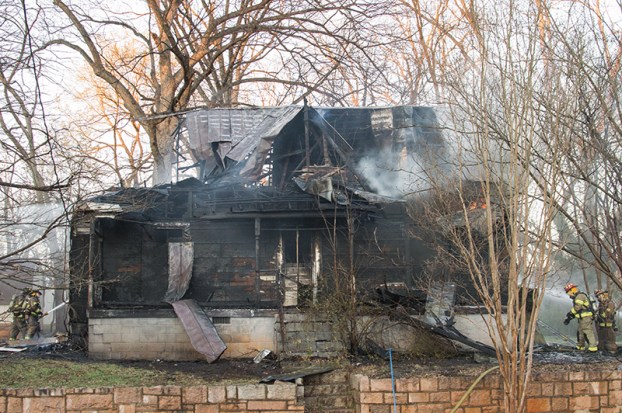 Josh Bergeron / Salisbury Post - Firefighters from multiple departments fight a two-alarm fire on East Liberty Street Saturday. The house was vacant at the time of the fire, the Salisbury Fire Department said.

SALISBURY — A two-alarm blaze on Saturday evening ripped through a vacant house on the 500 block of East Liberty Street.

Salisbury Fire Marshal Terry Smith said there were no known injuries. More than a dozen fire trucks from Salisbury and neighboring areas responded to the blaze at 504 East Liberty St.

The cause of the fire was still under investigation Saturday evening, Smith said.