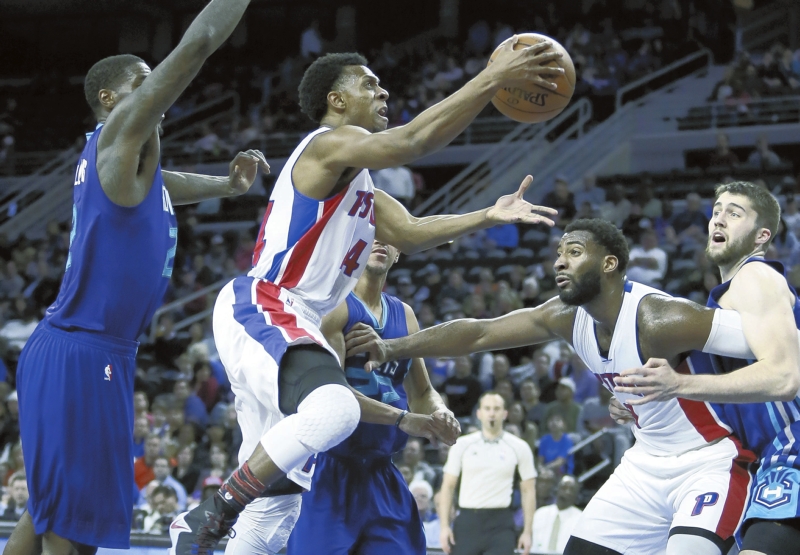 Caldwell-Pope scored Detroit’s last 11 points of regulation, and his 3-pointer with 18.2 seconds to play tied the game at 100. Kemba Walker scored Charlotte’s final nine points of the fourth, but the Pistons forced him to give up the ball on the last possession, and Marco Belinelli missed a 3-pointer that could have won it.

Detroit, which was behind by 18 in the third quarter, never trailed in the overtime. Caldwell-Pope’s 3-pointer with 55 seconds remaining put the Pistons up 110-102.

Charlotte led 85-70 at the start of the fourth but missed 14 of its first 15 shots in the period, enabling Detroit to cut into the lead.

Walker scored 34 points. Tobias Harris had 25 for the Pistons.

Charlotte was without 7-footer Cody Zeller, who was out with quad soreness.

“As much as you would like for progress to be steadily uphill, it’s not always,” coach Stan Van Gundy said before the game. “That doesn’t mean that you lose faith in your guys.”

Drummond and Jackson didn’t play well Thursday, however, and neither played at all in the fourth quarter or overtime. Backup point guard Ish Smith finished with five points on 2-of-12 shooting but tied a career high with 16 assists.

Hornets: Charlotte went 25 of 26 on free throws and had a significant advantage over Detroit, which was 11 of 12.

Pistons: Detroit recalled F Henry Ellenson and G Michael Gbinije from the team’s Grand Rapids affiliate in the D-League before the game. Neither of them played.

Hornets: Visit the Sacramento Kings on Saturday, the third of seven straight games away from home for Charlotte.