How The West Was Won: Trains and the transformation of Western North Carolina railroads 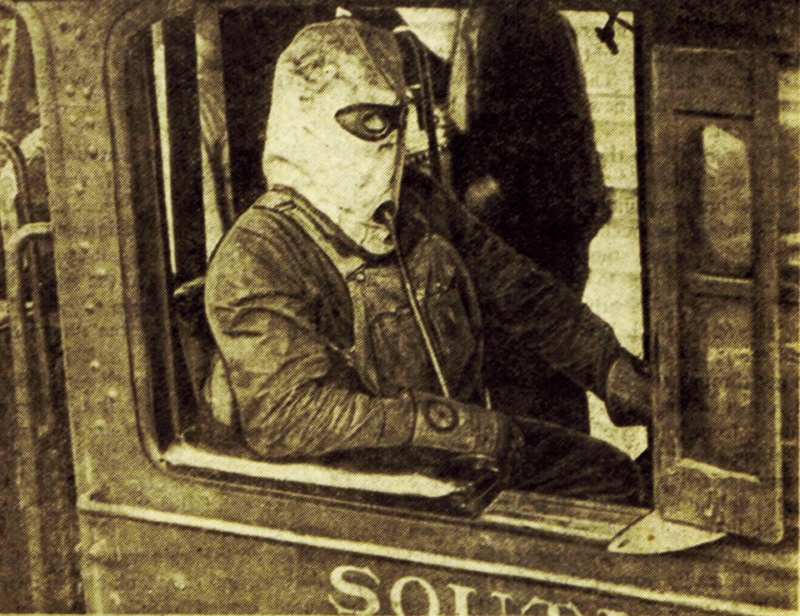 A smokehood worn by train crews to protect them from unbreathable air during blasting periods in the NC mountains.

“How the West Was Won:  Trains and the Transformation of Western North Carolina” tells the story of the coming of the railroads after the Civil War and the impact they had on the life, economy, culture, folklore, music and landscape of the mountains. This traveling exhibit, created for Mars Hill University’s Rural Heritage Museum, opens in Spencer at the N.C. Transportation Museum Feb. 24.

Using videos, narratives, historic photos and artifacts, visitors can view the history of rail in western North Carolina and learn about the high drama surrounding the construction of the Old Fort and Clinchfield Loops, the dangers of building the steepest mainline railroad grade in America on Saluda Mountain, and the despair that came with the loss of so many lives on these mountain railroads.

Highlights of the exhibit’s many artifacts include a smoke hood, worn by steam engine crews to protect them from smoke and gases while operating inside tunnels. An authentic Pullman porter jacket is also included, worn by Tolbert Haynes, Sr., an Asheville-based Pullman porter.

Items from the museum’s own collection include the #1925 Shay steam locomotive.  Designed for steep grades and sharp curves encountered by logging railroads, the #1925 was operated by the Graham County Railroad to haul logs out of the Snowbird Mountains. The Carolina, Clinchfield and Ohio Caboose #1048, owned by the Samuel Spencer Chapter of the National Railroad Historical Society, will also be stationed alongside the exhibit. The caboose operated in the N.C. mountains for the CC&O and later, the Clinchfield Railroad.

The exhibition will show how the arrival of the rails from Spartanburg, Salisbury and East Tennessee reshaped the mountains by bringing in outside investors who launched large scale mining and logging operations that scarred the landscape and left hillsides denuded.

At the same time the railroads exported raw materials from the mountains, they brought in middle and upper class tourists by making the area accessible to travelers. The exhibit highlights the arrival of such distinguished guests as George Washington Vanderbilt and his mother, who first visited Asheville in 1887.  Panels show how tourism burgeoned along the railroad right of way in towns such as Hot Springs, Hendersonville, Black Mountain and Waynesville.

The demise of passenger trains is chronicled in the exhibit and recent efforts to restore the service by the Western North Carolina Rail Corridor Committee are on display. The return of the “varnish,” one of the railroad terms you’ll learn about from the “Slanguage” section of the exhibit, will be part of a panel and information on current rail excursions will be provided.

Also included is a railroad word scramble and crossword games for children.

The exhibit will be displayed in the last five bays of the Bob Julian Roundhouse at the N.C. Transportation Museum, open to the public, beginning Feb. 25. Visitors will be able to view “How the West Was Won” for the regular admission price during regular operating hours. See www.nctrans.org for more information.