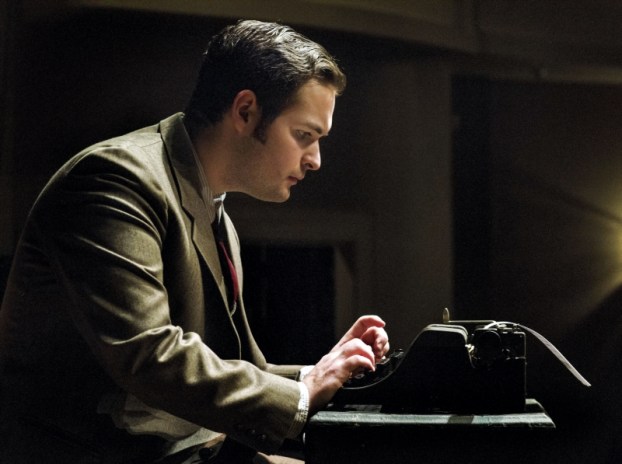 Young will be working with the group as their American intern, though he says he will more formally act as assistant director to their production of “In God’s Own Country.” This play was chosen to celebrate the 500th anniversary of the Reformation, as it details Henry Muhlenberg’s efforts to establish the Lutheran church in America.

Based on a book by Eberhard Gorner and adapted for the stage by playwright Olaf Horbe, “In God’s Own Country” will be making the trip across the Atlantic later this year. Piedmont Players will begin their 2017-2018 theater season by hosting the first of the Landesbühnen Sachsen’s U.S. performances of the play.

Young will likely have a few parts within the production, adding to the young actor’s already impressive list of stage credits. He says that his journey into theatre started by accident.

“I ended up with an audition because I needed an extracurricular,” he says.

He continues with a laugh, “I found myself falling madly in love with (theatre). … Ever since then it’s just been a passion and wonderful love affair that has strayed me from the path of STEM and into the world of wasting my life starving as an artist, I hope.”

Young landed his internship in an equally serendipitous way. In the winter of last year while studying at Chapel Hill, he received a call from the Piedmont Player’s director, Reid Leonard.

“(He) said ‘Do you want to go to Germany?’ And I said ‘Absolutely!” It was really as easy as that. It fell into my lap.”

However, Young has a long history of work within local theater. That first audition nearly seven years ago was for Leonard at Piedmont Players. He was cast as Egeon in William Shakespeare’s “The Comedy of Errors,” and has acted in a number of productions since. His roles include Orsino in Shakespeare’s “Twelfth Night,” Bill Slank in Rick Elice’s “Peter and the Star Catcher,” Moss Hart in James Lapine’s “Act One” and more.

In 2016, Young became the first student to direct a play in the Piedmont Players Theatre’s 50-year history. He directed “Boxcar Children,” which showed at the Norvell Theatre in November.

Young will be returning to North Carolina on July 15. For now, he is excited for the experiences the internship will provide him, and encourages all to stay tuned for Landesbühnen Sachsen’s Salisbury performance in the fall.

Catawba College student Andie Foley is an intern for the Salisbury Post.