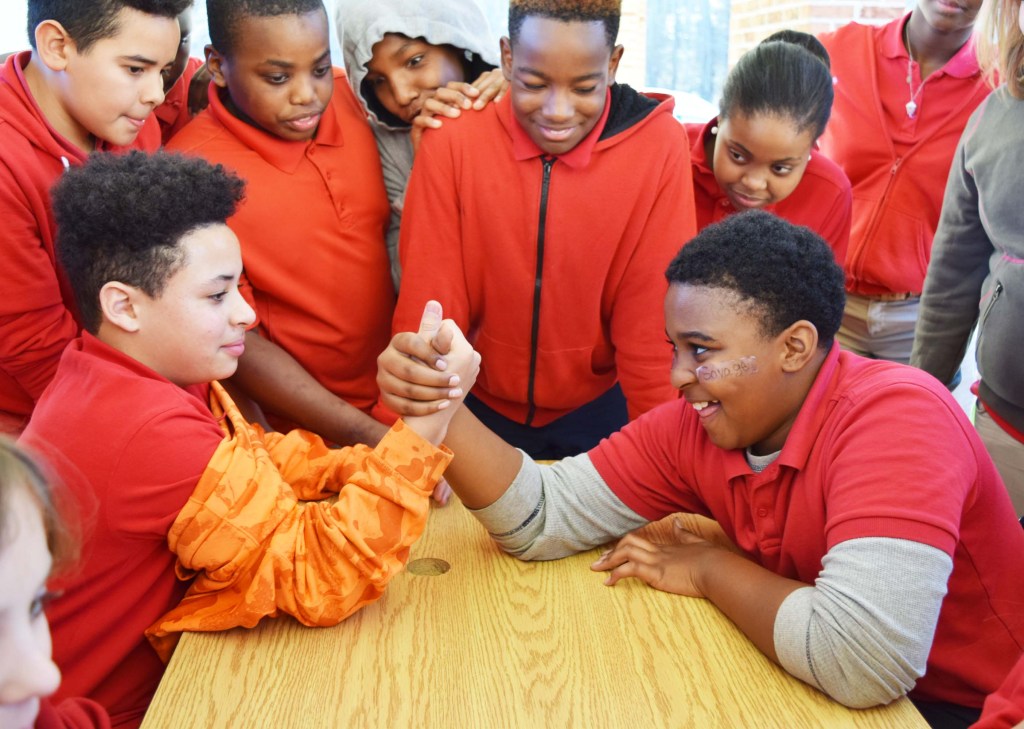 SPENCER — Sixth-graders at North Rowan Middle School got a rare treat Friday afternoon. The students took advantage of a systemwide early-release day to get outside, run races and compete in javelin throws.

For the past several weeks, students have been studying ancient Greece, including the early Olympic games, teacher Laura Ritchie said. The sixth-grade hall decided at the beginning of the unit that lessons would be cross-curricular, she said, so students spent time tackling the topic from all angles.

In addition to studying ancient Greece in social studies, students have been writing compare-and-contrast papers on classical versus modern Olympic games in language arts as well as calculating speed and distance in math.

“So it’s a little bit of everything,” Ritchie said.

Friday, they got to live out their lessons. The entire grade — about 170 students — poured outside into the sunshine to compete in their own version of the Olympic games.

Each class focused on a specific Greek city-state and created a banner that they towed from station to station.

Rotating by classes, students tried their hands at arm wrestling, hoplite (a ancient Greece foot soldier) races, long jump, shot put and javelin throws — with a few modifications. Instead of javelins, students threw yardsticks; instead of a heavy metal ball typically used in shot put, they tossed exercise ball; and instead of the traditional armor that characterized a hoplite race, students carried a stack of textbooks.

But the competition was just as fierce. Students yelled encouragements or cheered for a favored athlete in the lineup, each trying to outdo the other.

The progress of each student was logged to be reviewed at a later date. Math classes will go over each time and distance to determine the winners of the games.