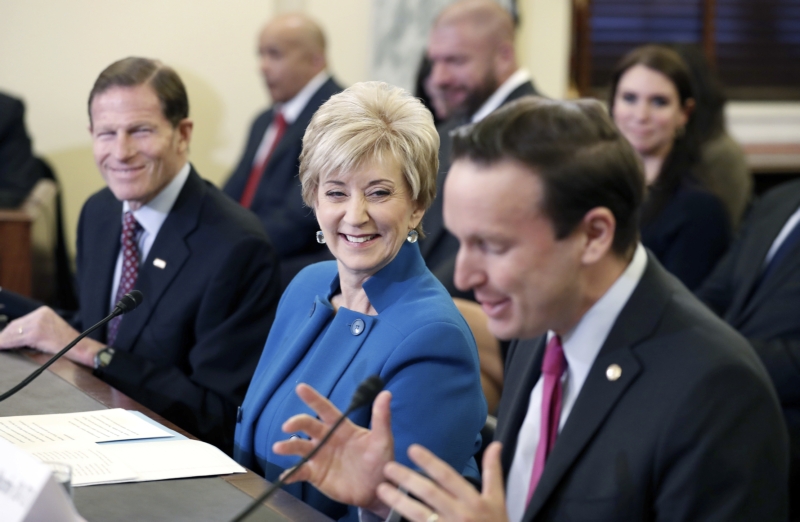 She was easily confirmed by the Senate as administrator of the Small Business Administration.

It seems likely that there will be more. Already, a couple of people with North Carolina connections — former Raleigh resident and former Georgia Gov. Sonny Perdue and former Duke University student Stephen Miller — are either holding senior positions or have been tapped for them.

North Carolina was a major source of talent for Democratic President Barack Obama. As a highly contested swing state, North Carolina played an important role in Obama’s election in 2008, just as it did for Republican President Donald Trump.

Obama chose two Tar Heels for his Cabinet. His last transportation secretary was Anthony Foxx, a former Charlotte mayor and an attorney. His last attorney general was Loretta Lynch, the Harvard-educated daughter of a Durham pastor.

Mel Watt, a former Charlotte-area congressman and a Yale-educated attorney, was Obama’s head of the Federal Housing Finance Agency.

Linda McMahon, nee Edwards, grew up in New Bern and graduated from East Carolina University. She married her childhood sweetheart, Vince McMahon, whose family was in the wrestling business. She and her husband purchased the company, then known as the World Wrestling Federation, and made it into a successful company.

At the SBA, Linda McMahon is taking the same post that Charlotte investment banker Erskine Bowles held in the Clinton administration. Bowles went on to become White House chief of staff, a two-time U.S. Senate candidate and president of the University of North Carolina.

Another Trump nominee with North Carolina connections is Perdue, who the president has recommended for U.S. agriculture secretary. Early in his career, Perdue worked as a veterinarian at Quail Corners Animal Hospital in Raleigh. Eventually, he entered Georgia politics, working his way up to governor.

Miller, 31, is a senior Trump adviser. But a decade ago, the Santa Monica, California, native was a Duke University student, where he was known as outspoken conservative on such issues as the Duke lacrosse case.

Trump is still filling many key positions in his administration and many expect former Gov. Pat McCrory to land a place in Washington, D.C.

Rob Christensen covers politics for The News & Observer of Raleigh. Write to him at rchristensen@newsobserver.com.