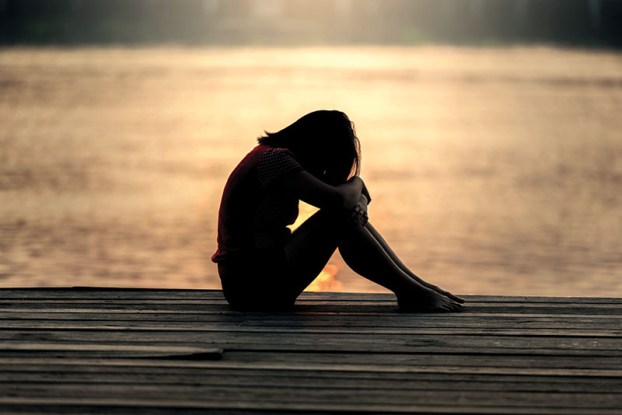 ‘Listen to yourself’: Jill’s story of teen dating violence The Family Crisis Council has cans like this out to raise awareness of Teen Dating Violence.
Submitted photo

Editor’s note: This is the first story in a two-day series on teen dating violence. For the purpose of anonymity, the names of the girl and her boyfriend have been changed.

At 15-years-old, Jill, not her real name, had already comforted her boyfriend following his attempted suicide. This would serve as the first red flag in her relationship, but it would be her boyfriend’s constant need for all details of her waking hours that furthered her discomfort.

Jill’s relationship issues would quickly escalate. Now in her mid-20s, she still remembers the day she was attacked, chased from her house and, later, threatened with a gun.

“He threw me on the ground and started choking me,” she says. “I don’t know how I managed to get away.”

Jill’s encounter with domestic violence, clinically labeled teen dating violence because of her age during the abuse, is not unique. One in three adolescents in the U.S. is a victim of physical, sexual, emotional or verbal abuse from a dating partner. This figure far exceeds rates of other types of youth violence, explaining why, in 2010, Congress deemed the entire month of February National Teen Dating Violence Awareness and Prevention Month.

As Jill recounts her story of the day her boyfriend went from being controlling to outright abusive, tiny details remain vivid. She still remembers the snack the boy brought her when he showed up at her house unprompted: mac’n’cheese and three chicken tenders. She remembers how her dogs were put up leaving her utterly alone, how the teen became enraged when she told him it was time for him to leave.

Jill even recalls how her mother had been doing some work on their back porch, leaving a screwdriver out and accessible. Ten years removed from the event, she still shivers to think about what could have happened had her boyfriend-turned-attacker found and seized the item during his pursuit.

The message from her descriptions in clear. Jill’s story of a trauma is one forever engrained in her memory, and it will likely remain with her for the rest of her life.

“These kids have seen their mothers going through this,” Bradshaw says. “They see their fathers doing these things and think violence and abuse are a normal part of a relationship.”

However, our technology-driven age means teens have many more people to imitate than merely those in their immediate circles.  These models of abuse and compliance encompass every gender and social status. Abusers can be male or female, as can their victims.

“Think about it,” Sippel remarks, “All teens have to do is turn on their TV and see the Desperate Housewives of whatever being abusive to their partners. Teens think it’s normal and expected.”

The council is determined to change this pattern. Throughout Teen Dating Violence Awareness and Prevention Month, cans will be placed throughout local businesses containing information on dating violence, such as warning signs and how to respond. This is part of the council’s month-long goal of saturation. By disseminating information and increasing awareness of the widespread problem of dating violence, the crisis council hopes more teens spot the signs of danger and remove themselves before it’s too late.

The cans in local businesses will also be used to gather donations towards the development of a teen-centered support group, to be offered free of charge. This group will help survivors and family members on their paths toward emotional recovery.

This ongoing support is vital. To this day, Jill reports that innocent touches or hugs from friends can trigger thoughts of her abuse.

Jill was able to remove herself from her abusive situation with the help of a supportive network of adults. After things turned violent, she confided in her mother and neighbors, leading the police to be called in and to an eventual restraining order against her attacker. Her decision to seek help, however, is where her case becomes unusual.

Only one-third of teens in an abusive relationship ever tell anyone what is going on. This confidant is seldom a parent, leading 81 percent of guardians to believe teen dating violence is not an issue. The crisis council, accordingly, encourages caregivers to verse themselves on the warning signs of abuse and to keep communication with their teens open and often.  Warning signs include significant others who:

Jill had the following words of advice for teens who find themselves in abusive situations:

“As bad as you don’t want to listen to them, it’s going to be good for you later on down the road. You’re not going to be in an unhealthy relationship; you’re going to be a healthy person.”

Those interested in learning more about teen dating violence prevention and intervention are encouraged to attend a Family Crisis Council-hosted awareness walk on Feb. 23. The walk will take place from 11 a.m. to 1 p.m. at Catawba College, and will be free of charge with no signup necessary. Walkers will meet at the flagpole in front of the Administration Building, and groups will depart every 20 minutes onto the college’s mile loop.  Throughout the route, statistics regarding teen dating violence will be posted, and council personnel will be on site for consultation and additional information.

If you or a friend is in an abusive relationship, call the Family Crisis Council’s 24 Hour Crisis Line at 704-636-4718 and a trained advocate can help in many ways. For more information about Family Crisis Council of Salisbury-Rowan, a Rowan County United Way partner, visit www.familycrisiscouncil.org.

Students talk about making a positive impact at showcase

By Rebecca Rider rebecca.rider@salisburypost.com SALISBURY — What if you could change your school, your community or the world? Those are... read more