Even Fox news is raising its eyebrows 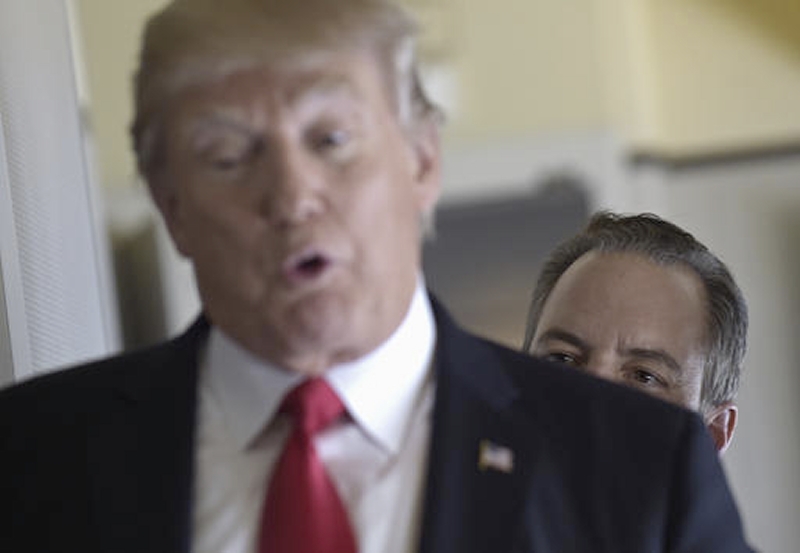 From a column by Callum Borchers in  The Washington Post

“Fox & Friends” host Steve Doocy is almost always up for a game of Bash the Media, but even he felt compelled to call time-out Friday when White House Chief of Staff Reince Priebus started railing against recent reports by The New York Times and Wall Street Journal regarding President Trump and Russia.

Here’s the key part of the exchange:

Priebus: These are the types of things that are totally phony.

Doocy: Well, Reince — Reince, where did these stories come from? Cause the reporters aren’t making them up. Somebody’s giving them the story.

Priebus: Well, they might be making — listen, there may be some bad actors within the intelligence community or some holdovers. Nobody knows.

That interjection by Doocy — “the reporters aren’t making them up” — is a testament to just how flagrantly incoherent the White House’s messaging has been. When “Fox & Friends” can’t let it slide, you know it’s bad. …

In another unusual moment on Fox News, anchor Shepard Smith defended CNN reporter Jim Acosta on the air Thursday, after Trump and Acosta once again engaged in a tense back-and-forth during a news conference. Trump refused to take a question from Acosta during a January news conference, calling CNN “terrible” and “fake news,” and on Thursday the president insulted the network’s ratings and complained that “the tone is such hatred.”

This was Smith’s reaction: “Treating Jim Acosta over there from CNN — an accomplished reporter, a guy I’ve never met but a good reporter — I mean, treating him like he’s — I’m not even going to use the word. I’m not going to give Twitter the love it needs. It’s crazy what we are watching every day. It’s absolutely crazy.”

It is hardly stunning that Smith would criticize Trump; he has before. But it is notable that he would go out of his way to defend the honor of a competitor. The Fox News brand is built on the idea that rival networks, such as CNN, are biased and untrustworthy, and that the only place to find “fair and balanced” coverage is on Fox News.

Trump’s lashing out at Acosta and CNN is probably good for Smith and Fox News, but it struck Smith as so unsavory that he had to speak up.