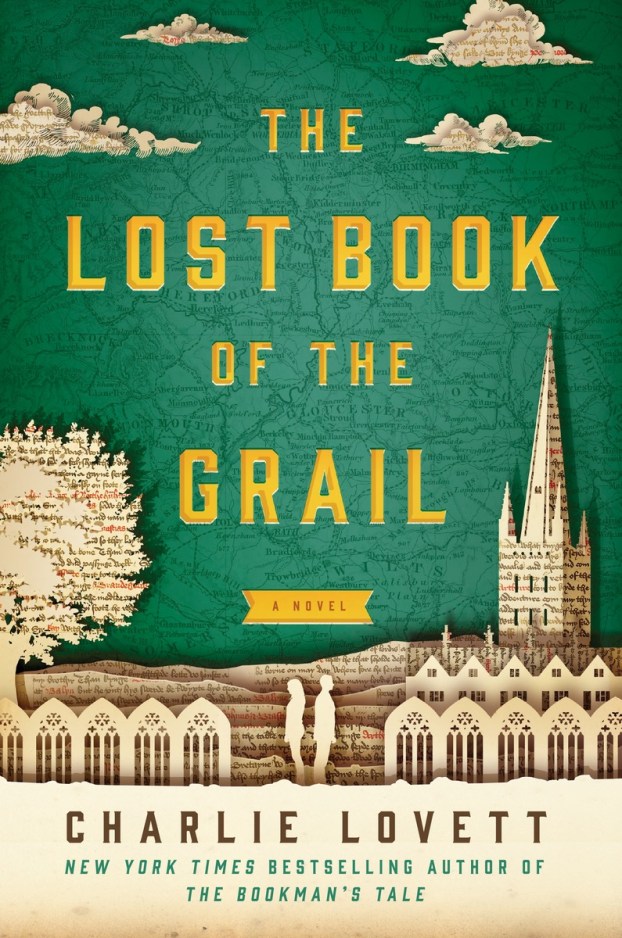 The Lost Book of the Grail, will be released on February 28 by Penguin Viking

WINSTON-SALEM, N.C.  —Bookmarks presents a Book Release and Celebration with local author, Charlie Lovett, whose newest novel, The Lost Book of the Grail, will be released on February 28 by Penguin Viking. The event will be held the evening of the release, Tuesday, February 28, at 7 p.m. at St. Timothy’s Episcopal Church, 2575 Parkway Drive, Winston-Salem, NC. The celebration will feature music by the choir and actual medieval manuscripts on display from Wake Forest University. Copies of The Lost Book of the Grail will be provided by Bookmarks and a booksigning will follow. This program is free and open to the public.

The Lost Book of the Grail, Lovett’s fourth book, is a whimsical take on the legend of King Arthur and the Holy Grail. Set in the fictional English cathedral city of Barchester, the novel tells the story of Arthur Prescott, an obsessive bibliophile and Holy Grail fanatic, who for years has haplessly worked to uncover a long lost secret about the cathedral’s past and its connections to King Arthur. But when Arthur meets Bethany Davis, a beautiful young American with a penchant for modern technology, his quest takes on new meaning. Soon Arthur and Bethany’s search becomes gravely important, leading the pair to discover secrets about the cathedral, about the grail, and about themselves that neither expected.

Lovett’s debut novel The Bookman’s Tale, a delightful mystery set against the centuries-old controversy over the true authorship of Shakespeare’s plays, was a Barnes & Noble Recommends pick and a New York Times and Indie bestseller, making it one of 2013’s most charming debuts. Since then, Lovett, a playwright and former antiquarian bookseller, has written two more popular bookish tales involving more of history’s most beloved authors: Jane Austen and Charles Dickens.

Charlie Lovett is a former antiquarian bookseller, an avid book collector, a member of The Grolier Club, the oldest and largest club for bibliophiles in North America, and the President of the Board of Directors of Bookmarks. He is the author of The Bookman’s Tale, First Impressions, and The Further Adventures of Ebenezer Scrooge. In 2015, Lovett curated “Alice Live!,” a major exhibition of Lewis Carroll and Alice memorabilia at the New York Public Library for Performing Arts at Lincoln Center, as well as wrote a new introduction for Penguin Classics’ 150th anniversary edition of Alice’s Adventures in Wonderland and Through the Looking-Glass. He and his wife split their time between Winston-Salem, NC, and Kingham, Oxfordshire, England.

Bookmarks is a literary arts nonprofit organization that fosters a love of reading and writing in the community. Our programming connects readers with authors and books and is achieved through the largest annual book festival in North and South Carolina, an Authors in Schools program, which reaches 7,500 students annually, and year-round events in our gathering space and nonprofit independent bookstore. Visit bookmarksnc.org for more information.