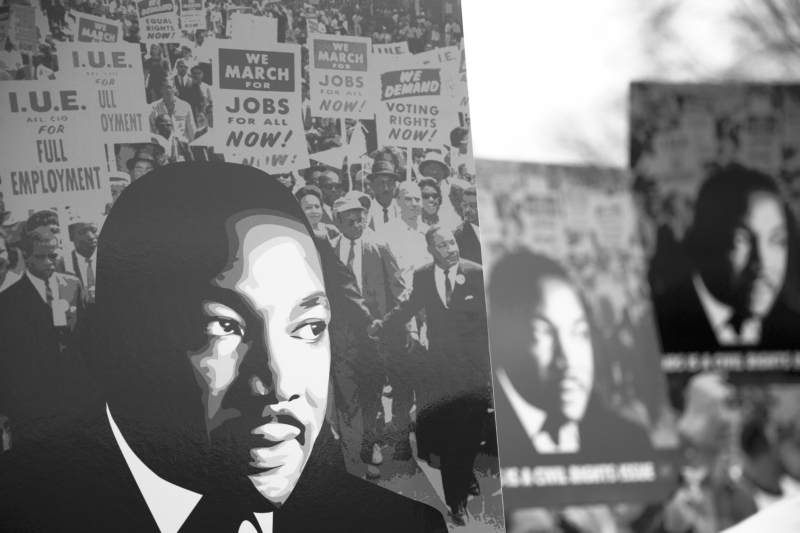 Bells across the country will ring 39 times, starting at 6:45 p.m., to mark the 50th anniversary of the death of Dr. Martin Luther King Jr. at the age of 39. AP photo

Local elementary students were asked to answer the question: “How has Dr. Martin Luther King, Jr.’s dream benefited me?” Here are some of the winning entries, which were shared at the Hefner VA Medical Center chapel on Jan. 11.

Martin Luther King Jr.’s dream benefits me by making my world nicer. I love it when I meet people who look different from me. One gave me a new dog to make my life happy. He was a great leader, too.

Dr. King’s dream benefits me because it gives me and all American children my age a chance to be their best. One of my favorite books is “Anansi the Spider: A Tale from the Ashanti,” by Gerald McDermott. In this story, Anansi has six sons and they all have different talents that are of their names. The sons are Trouble Seer, Road Builder, River Drinker, Animal Skinner, Rock Thrower and Ground Pillow, who when they come together and show their talents, are able to save their father.

Since Dr. King’s dream of equality and opportunity is for everybody, it not only allows me to show what I can do, but it allows my friends to show what they can do too. Most of all, we have a chance to come together and make or save our country, just like Anansi’s sons saved their father.

His dream has let me have all kinds of friends. I can play with people of all colors. We can eat together in the same restaurant, and use the same restroom. I’m so glad that everyone is treated equally. I would be very sad if I couldn’t play with my friends or my cousins just because of their skin color. I’m so glad Martin Luther King, Jr. had a dream for all of us to be equal.

I believe that Dr. King’s dream benefits me by making me a better person because it gives me hope and makes me want to help people.

There was a time when boys and girls could not play together because they had different skin colors. I believe that everyone is important and that God made us all. Therefore, we all should be able to play with who we want to play with. We are all different, but yet we are alike. This is why his dream is so important. I am hopeful after reading his speech and have a better understanding of his dream that we will continue to make things better.

Dr. King’s dream makes me a better person because it makes me want to help those who are being treated badly and it gives me hope because I have seen how far we have come and I have seen that it can get better.

Martin Luther King, Jr. was an American activist and a Baptist minister. He was also a civil rights leader. He has helped us by showing U.S. leaders that diversity is not wrong. If he had not done this then my grandmother and grandfather would have been executed because my grandfather was African-American. My mother and stepfather would have been executed as well. Dr. King tried to teach nonviolence as a way of living as well as diversity because of his Christian qualities and the fact that he was a great leader and respected by many. He tried to encourage equality in both American and African American homes. He tried to discourage school dropouts, family break-ups, riots, criminal acts and things of that nature. He represented a law of settlement of unpaid labor that would benefit the disadvantages of all races and because of Martin Luther King, Jr. and his Christian life values we have a brighter outlook for tomorrow. We as American citizens should take heed to his advice of equality among races.

I love Student Council and Character Ed. Those are basically my jobs as a student. If it wasn’t for that, I wouldn’t be in the position I’m in now. That’s why I set high goals for myself so I can see my hard work pay off just like Dr. King.