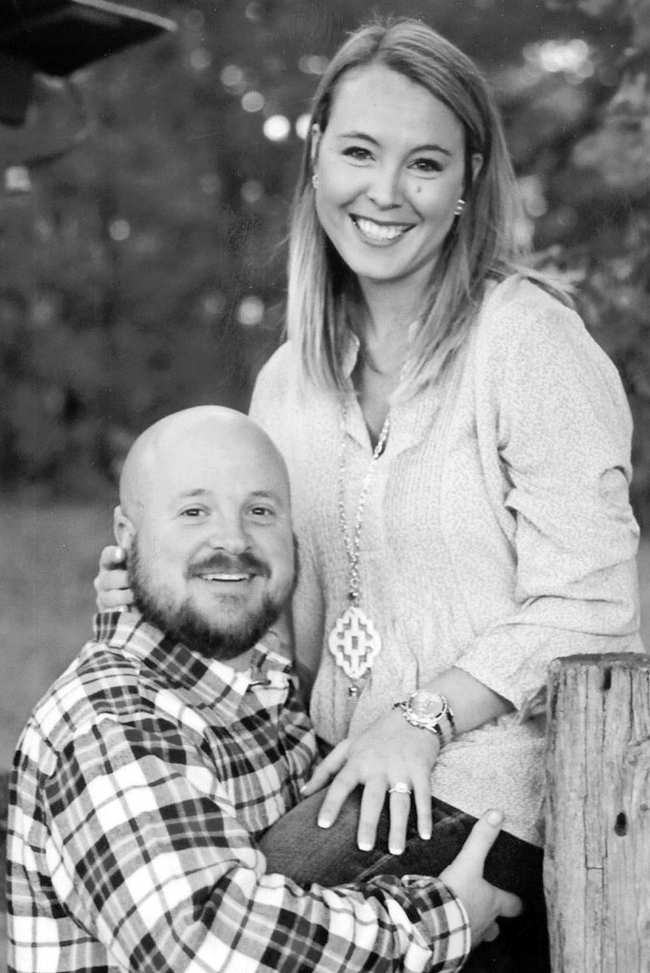 Markie Michelle Gallimore of Woodleaf and Nicholas Ryan Childers of Salisbury are pleased to announce their engagement.

Markie is the daughter of Susie Gallimore of Salisbury and Michael Gallimore of Mt. Ulla and the granddaughter of the late John and Patsy Young of Salisbury. A 2007 graduate of West Rowan High School, Markie graduated from the Cabarrus College of Health Sciences in 2016 as a registered nurse. She is currently employed at Carolinas Medical Center – NorthEast.

Nicholas is the son of Karen Sales Childers and Philip Elwood Childers of Salisbury and the grandson of the late Martha Powers Childers of Huntington, W. Va., Daryl Elwood Childers of Barboursville, W. Va. and the late Marjorie Kidd and Kenneth Dean Sales Sr. of Nitro, W. Va. A 2001 graduate of North Rowan High School, Nicholas graduated from Marshall University in Huntington, W. Va. in 2008 with a Bachelor of Science in Safety Technology. He is currently employed with the Rowan County Government as a Risk Manager.

A spring wedding is planned at Walnut Hill in Cleveland.