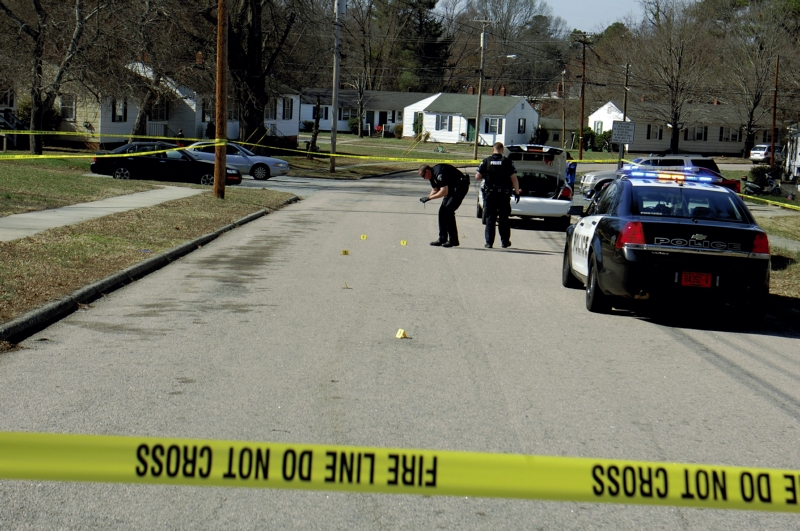 Salisbury Police mark and document evidence in the street related to an early-afternoon drive-by shooting in February in the 700 block of Victory Street. Two men, reportedly sitting on a porch at 707 Victory St. were wounded, but their injuries were not life-threatening, Police Chief Jerry Stokes said. Mark Wineka/Salisbury Post

Two men were shot Saturday in a drive-by shooting near Salisbury High School.

The incident, which occurred on Victory Street, involved at least six shots fired at two men who were sitting on their porch. Salisbury Police Chief Jerry Stokes said the wounds did not appear to be life-threatening.

Neighbors said the victims, who were taken to Novant Health Rowan Medical Center, were able to walk.

A person inside a next-door duplex said he heard at least 10 shots. Police marked six spots where shell casings are.

Stokes said detectives would investigate the incident further, and the department plans to issue an update later.

It’s not yet clear whether Saturday’s shooting is connected to one that occurred at the same location in December. In that incident 37-year-old Albert Brice Shelton Jr. was killed.