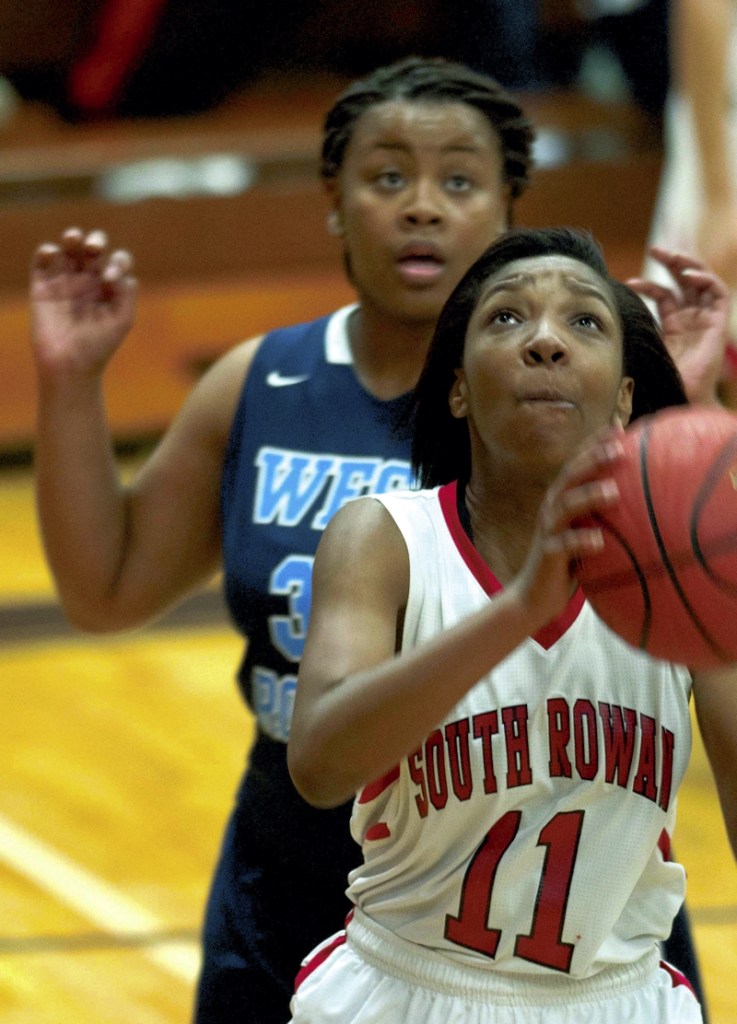 LANDIS — It was a night of redemption for Coach John Davis and the South Rowan girls basketball team.

The Raiders — who failed to qualify for last season’s SPC tournament — locked up a tie for fourth place Friday night with a lopsided, 54-25 win against visiting East Rowan, which finished its season.

“We were in that boat last year,” Davis said after South (14-10, 10-8) earned a first-round, conference tourney home game on Monday. “We had a good run through the second half of the season and just needed one more win. So we didn’t get it, but we used that to sort of push us this year.”

“It’ll be nice to hit the reset button and start working toward next year,” said first-year Mustangs’ coach Kevin Holland.

“If Janiya isn’t the best in the conference, she’s close,” Holland said. “She’s only a sophomore — and that’s scary. She looks like more than a sophomore.”

Downs had 18 first-half points and hit South’s only 3-pointer when she connected from the left corner, providing a 30-9 lead with 3:03 remaining in the first half. Hardin made six steals, including one she turned into a layup that made it 51-17 early in the fourth period.

Davis wore a sling on the South bench and prevailed in his second game since returning from a freak injury. He watched the Raiders force 26 turnovers and limit East to six field goals. The Mustangs were 12-for-32 from the free throw line.

South recognized five seniors after the game. “Those five are the foundation of this program,” Davis said. “They’re the building blocks, the mature ones who come to work every day. Our practices aren’t designed for entertainment. They’re designed to push them mentally and physically. Every day, they bring the hard hats and lunch pails and get to work.”

Now they’ll get to work in the postseason.