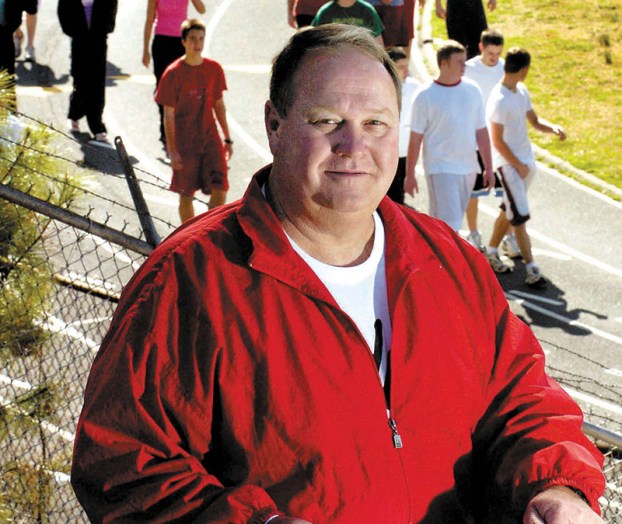 It isn’t easy losing a family member or close friend. Sadly, it’s something everyone at one time or another has to face. Rowan County sports lost one of its greatest on Oct., 24, 2016. I’m referring to Coach Larry Deal of South Rowan, a truly devoted and dedicated coach, teacher, friend and mentor.

I had the honor and privilege of being a teammate of Larry in several sports while at South Rowan. My position of fullback was made easier by Larry opening the line with his size and strength, while his brother Jerry, who had great speed, would open the outside line on sweeps for me. “The Deal brothers” was what they were known as by coaches and players. In track, Jerry joined with me on sprints while Larry did the strength events. Both were excellent athletes.

During 1970 with the Vietnam War escalating, I was a sergeant  with temporary duty at Fort Polk, La., before being assigned to Vietnam. The Deal brothers were assigned to take their basic training at Fort Polk also, so I tracked them down and we had some good times together. They both served 20 years in the Army Reserves honorably.

Later Larry decided on a career of coaching, and those that knew him were glad of his decision. His devotion to duty on and off the field deserved admiration. Often Larry and I spoke only of sports, and he shared his love for his fellow athletes and students. If Larry was your coach, you were blessed, as Coach Deal always led by example in everything he did. He pushed his athletes to be better that they thought they could, but Coach Deal know their limits and focused on strengthened them. He coached three sports and became athletic director.

Often I would drive to Sam’s Club to meet with Larry on his retirement job or I would run into him at Gary’s Barbecue. He never failed to make me laugh. His smile was infectious, and I always left with the same feeling of what a great friend and person he was.

Dedication to family was his gift. He was a loving husband, father, grandfather and brother. He set the scale high on family values and expected them to be followed. His family was so fortunate to have such a man as Larry in their lives. During his wife’s illness, Larry was a pillar of strength and devoted himself to making her comfortable.

At South Rowan, Larry was voted Most Popular his senior year, an honor well deserved.

The funeral services for Larry were an indication of his popularity. There was not one empty seat, including the balcony, as several shared their testimony of what Coach Deal meant to them. It was a tribute to a great man. I mentioned jokingly to a few friends there that I could not turn out that many at my funeral if hot dogs and Cheerwine were served.

It’s not my place to try and understand why good men leave us so soon while others who have no values live past their expectations. I can only speculate that heaven had a few angels that needed discipline. If I know Coach Deal, several of those angels are now running sprints and dropping down to give him 10 push-ups.

Those that knew Coach Deal can cherish his memory and be glad they had the blessed honor of being in his presence. I know I am, and I truly miss the man.

Rodney Cress is a member of the South Rowan Class of ’66.

Scholars and analysts have much to research about the 2016 election, but some early analysis is confirming what we have... read more