Holiday Inn Express and Suites open for guests in Salisbury 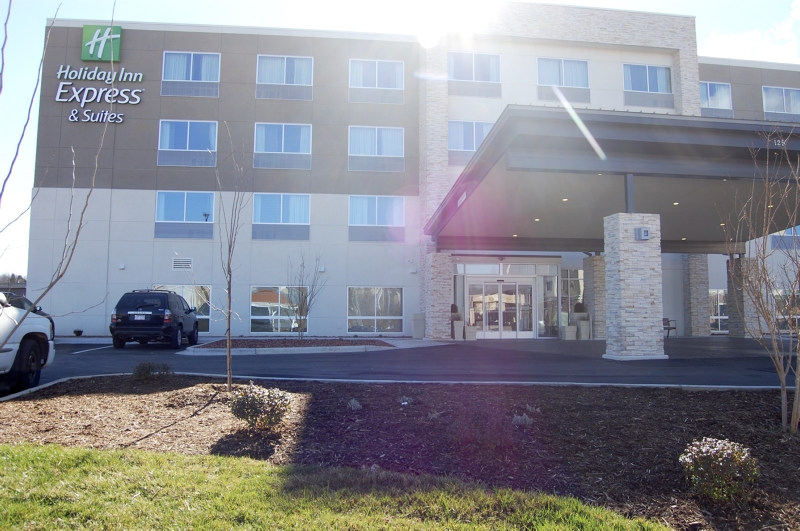 The 90-room, four-story hotel at 125 Marriott Circle opened Tuesday. Plans for the new hotel were announced in June 2014.

Shasta Kerr-Ketchie, general manager of the hotel, has been working for BPR Properties since March 2016 and has overseen the opening. BPR owns the hotel and the Courtyard Marriott next to it.

Kerr-Ketchie said the hotel started hiring staff in January and workers have been going nonstop to get the hotel ready for guests.

Opening day, Kerr-Ketchie said, was marked with a flag-raising ceremony and singing of the national anthem by the Carson High School Honors Chorus. Awards were given to hotel staff members who helped with the opening.

There are 25 to 30 employees on staff. Kerr-Ketchie said most of them are from Rowan County.

“We’re excited about that — putting some local people to work,” she said.

“We’re proud to be a part of Salisbury,” she said.

The hotel will work with the Salisbury-Rowan County Convention and Visitors Bureau on events and promotions.

Guests of the Holiday Inn Express and Suites can get a complimentary breakfast buffet seven days a week. It includes a pancake station, omelets, bacon, sausage, cereal, fruit, oatmeal and cinnamon rolls.

There is also a fitness center, on-site guest laundry center, pool, free Wi-Fi, and a market where guests can buy snacks, drinks and toiletries they may have forgotten.

The hotel’s 1,000 square feet of meeting space can be rented out for corporate business events and meetings, reunions and weddings.

There are 59 king-bed rooms and 39 double rooms. Those rooms include a flat-screen television, LED lighting surrounding the bathroom mirror and a refreshment area with a microwave, refrigerator and Keurig coffeemaker.

A community grand opening hosted by the Convention and Visitors Bureau is planned this spring.

For more information or to book a room, call 704-314-4100 or visit www.hiexpress.com/salisburync.