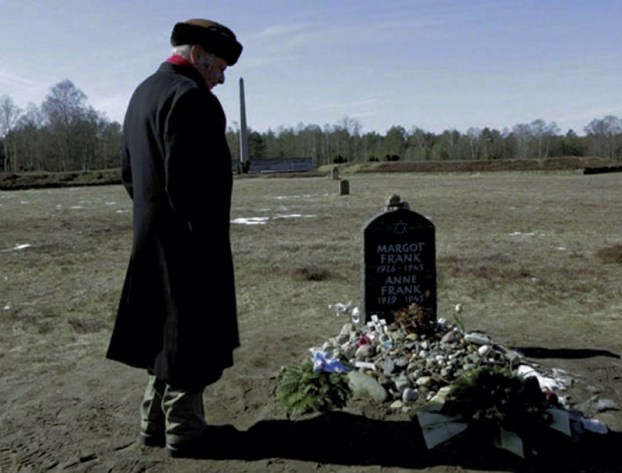 When the Nazis arrested 15-year-old Anne Frank in 1944, her diary was tucked away in a briefcase, and had the Nazis not dumped its contents during a search for what they might call “valuables,” the diary would have been lost to time. Miep Gies, one of the Franks’ Dutch protectors, found it on the floor. She knew how important the diary was to Anne, who had shared her dream of becoming a famous writer, and hoped to return it to her after the war.

But that never happened, and Anne’s father Otto, the lone survivor, worked hard after her death to get the diary published. He too understood its value, knew what Adolph Hitler did not and would never understand: that a girl’s hope, laid out in words, is priceless.

St. Thomas Players, the drama company of Center for Faith & the Arts, partners with Lee Street theatre to stage “The Diary of Anne Frank,” created from the diary by Frances Goodrich and Albert Hackett and newly adapted by Wendy Kesselman.

This production may be inappropriate for young children. Performances run Feb. 23-25 and March 2-4 at 7:30 p.m. with a matinee performance March 5 at 2:30 p.m. Performances will take place in the Lee Street Theatre and Performing Arts Center at the Tom and Martha Smith Event Center on 329 N. Lee St. Tickets are $15+tax and are available at www.leestreet.org or 704-310-5507.

Center for Faith & the Arts announces Cinema CFA, a series of independent films artfully reflecting the human spirit and bringing today’s social issues into focus. Movies are chosen to inspire reflection and following the film, viewers are invited to engage in conversation. Whether it’s youth arts programs, historical background for local plays, or perspectives on law enforcement, independent films offer plenty to think and talk about these days.

“The project’s intent is to engage people with issues that affect us all, through the beauty and power of film,” says CFA executive director Andi Shores Cantrell. “Coming together to bear witness, express concern and take action — this happens through art. An artfully rendered story is a window into ourselves and others. Sometimes that’s all it takes to create community, to inspire empathy.”

Cinema CFA provides opportunities to enjoy award-winning Art House Cinema as an alternative to Hollywood blockbusters typically available to Salisbury viewers. If a picture is worth a thousand words, art films surely speak volumes. Come and join the conversation. See what the movie and your viewing neighbors in the audience have to say.

Admission is free; donations are accepted.

By Vivian Hopkins GOLD HILL — On Saturday, Feb. 11 the E.H. Montgomery General Store will be host to another... read more