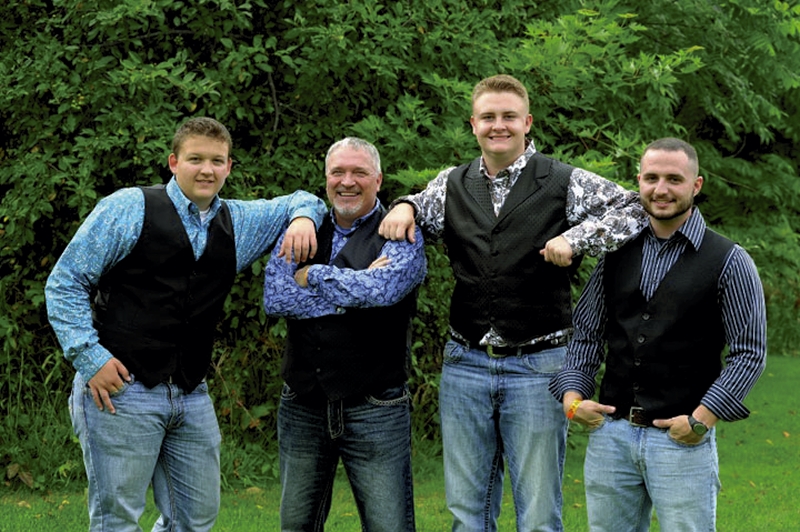 GOLD HILL — On Saturday, Feb. 11 the E.H. Montgomery General Store will be host to another great bluegrass event, bringing ClayBank of Vilas, NC to Gold Hill for a night of music and family entertainment. Doors open at 6:30 p.m.; showtime is 7 p.m.

Your name is how you are identified. It establishes who you are and where you are from. ClayBank chose their name to relate to all of these. Band rehearsals happen on Claybank Road in the Claybank community in West Jefferson. It’s our home, our heritage, and our way of representing the musical tradition in our area. From the music-rich Blue Ridge Mountains, ClayBank plays straight ahead bluegrass.

Formed in January of 2015, ClayBank is comprised of Gary Trivette on bass, Tyler Thompson on banjo, Jacob Greer on guitar, and Zack Arnold on mandolin. They are living proof that raw, young talent combined with a wealth of musical experience and expertise can prevail. This award winning, four-piece band combines dynamic instrumentation with powerful vocal abilities. From a hard-driving bluegrass song to an a capella gospel ballad with impressive harmonies, there’s always something for every listener at a ClayBank show.

ClayBank thrilled South Carolina fans last year winning the South Carolina State Bluegrass Band Championship at RenoFest in Hartsville, an event that honors Bluegrass legend Don Reno. The band has gone on to garner six award nominations in Nashville in the Awards Show for The Society for the Preservation of Bluegrass Music in America (SPBGMA). The band joins join The Grascals, Flatt Lonesome, Steve Gulley & New Pinnacle, Wildfire, and Volume Five all of whom are represented by THE ANDREA ROBERTS AGENCY. ClayBank recently released their debut CD on Rural Rhythm Records.

ClayBank was a big hit at the IBMA (International Bluegrass Music Association) World of Bluegrass last month in Raleigh performing at a special showcase/CD release celebration during the WOB festivities. The band recently played to a full-capacity crowd in Boone. Their performance will be the first in a winter music series at Montgomery Store in Gold Hill.

The Montgomery General Store, at 770 St. Stephens Church Road in Gold Hill, is known throughout the state for the promotion of bluegrass and traditional old time music. The music is hosted by Vivian Hopkins, president of the North Carolina Bluegrass Association. Vivian and husband Glenn (Hoppy) conduct weekly bluegrass jam sessions at the store.

Tickets for ClayBank are $15. Advance tickets are recommended as seating is limited. Call 704-267-9439 or email vivian@ncbluegrassmusic.com