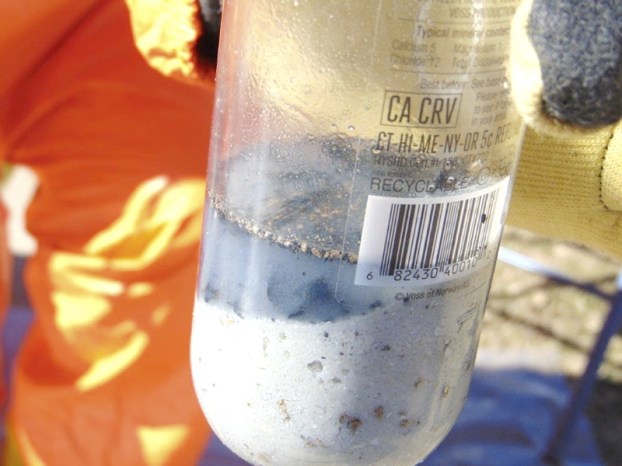 Rowan County Sheriff's Office Meth oil and a by-product of the chemical process in a plastic drink bottle. Two Rowan County men were arrested while cooking methamphetamine at a home on Farm Creek Road on Monday, the Sheriff’s Office said.

Jeremy Edward Moss, 30, and Justin Scott Long, 28, face multiple charges and could be sentenced to extended prison terms if convicted.

The Rowan County Sheriff’s Office had been investigating activity at 1060 Farm Creek Road for about a month, authorities said. The house was in foreclosure.

At 10 a.m. Monday, officers entered with a search warrant and found two people making meth inside the home, authorities said.

Deputies, assisted by a number of state and local agencies, discovered two active one-pot shake-and-bake laboratories and other pot labs, as well as materials used in the making of meth.

Moss and Long were arrested. Moss gave his address as 295 Hyde Lane; Long said he lives at the Farm Creek Road home. Both were charged with manufacturing meth, possession of precursor materials, maintaining a dwelling for drug activity and trafficking in meth Level 3. Bonds were set at $120,000 each.

Because of the amount of meth seized, the Sheriff’s Office said Moss and Long face penalties of 18 to 23 years in prison and fines of $250,000. Moss was on probation for a December 2015 conviction for possession of heroin. Rowan County Sheriff’s Office The home at 1060 Farm Creek Road where active meth cooking was found and two were arrested.