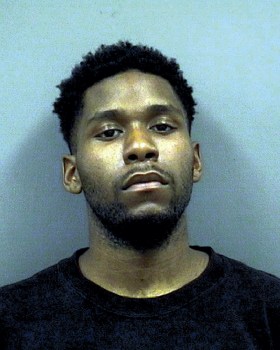 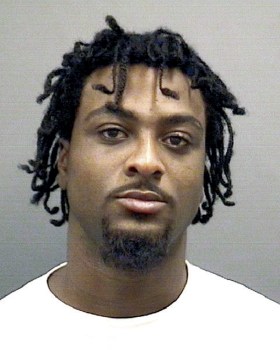 A witness on Carter Street in Kannapolis told police they saw a vehicle pull up and Rumple, 48, approach it. The witness said he soon heard three quick gunshots, and the vehicle drove away. The witness was able to provide only a limited description of the car.

Jai Montreal Winchester, 21, of 1607 Lakewood Drive, and Jahari S. Rustin, 20, of 2113 E. Innes St., were arrested the same day. According to a news release, Winchester was a passenger in the vehicle and Rustin was the driver.

In an emailed news release, Assistant District Attorney Gregory C. Butler said that Rumple was in contact with Winchester and Rustin before he was shot. Text messages and statements by the suspects showed that Rumple set up a meeting with them in order to pay them $70 for a previous drug sale.

According to the release, Rumple met Rustin and Winchester at their vehicle on Carter Street shortly after midnight. Rumple was carrying a homemade automatic firearm with a pistol grip and sling. Rustin and Winchester had two guns, one in the glove compartment and one between the seats. According to the release, the gun between the seats was used to shoot Rumple. But authorities said there is no evidence that either weapon was displayed or used by Winchester or Rustin to threaten Rumple prior to the shooting.

During interviews with investigators, Winchester said that Rumple approached the vehicle as if he were going to pay, holding money in one hand. But he then pointed the “big gun” at them and said, “I ought to blow your damn head off,” according to Winchester.

Winchester said he ducked and then heard three shots. He said his brother, Rustin, shot Rumple because Rumple was pointing the gun at them and threatening to kill them. The two then drove off and were stopped within minutes by Officer J.A. Vail of the China Grove Police Department.

Rumple was found on his back with a large homemade automatic firearm with a sling on his right arm and $70 in cash clutched in his left hand. Rumple was shot once in the left torso and once behind his left ear. Another round appeared to have hit the cartridge of his gun. When he fell, Rumple ended up on his back, facing where the vehicle had been.

Butler said Rustin and Winchester were “justified under the law in using deadly force to defend themselves.”

“The legal, moral and ethical duty of a prosecutor is not to simply prosecute and convict, but to seek justice,” Butler said. “As the North Carolina Court of Appeals recently stated, a prosecutor’s role is ‘not simply that of an advocate; the prosecutor’s duty is to seek justice, not merely to convict.’ It is with that attitude that I and the other members of this office approach every case.”

Charges related to the illegal possession of firearms by Winchester and Rustin are still pending.