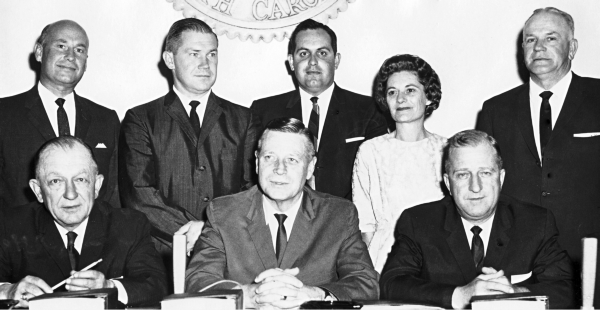 Photo courtesy of Mike Cline Velma Cline and six other members of the Statesville City Council were elected in May 1963, only to be voted out in September 1963 in a recall election. The council's vote to integrate Statesville's public swimming pools led to the recall. The Statesville mayor, pictured in the middle of the front row, stayed in office because he had opposed the integration.

When Velma took a stand: Statesville voters ousted council when it tried to integrate public pools

Margaret Thompson-Shumate of Salisbury provided these photographs related to A.T. Allen Elementary School, once located at the corner of East... read more