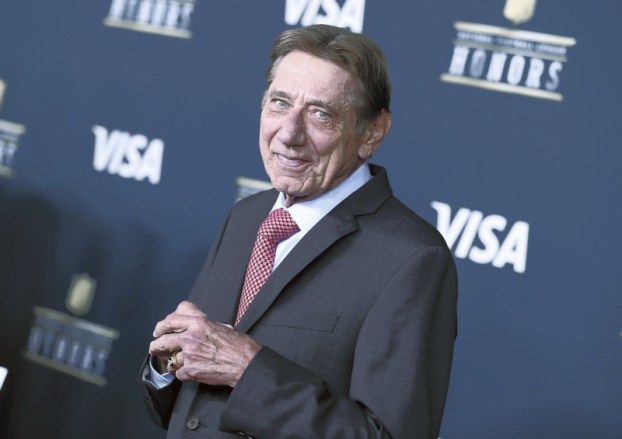 Regardless of which NFL teams are playing in it, the Super Bowl has become an unofficial national holiday.

People who don’t know a linebacker from a line of scrimmage will watch at least a little bit of today’s broadcast of Super Bowl LI. Even if it’s just for the commercials, the event brings family and friends together.
And even those who are bored with sports and don’t watch the Super Bowl have at least heard the two words uttered.
It wasn’t always that way. It wasn’t always a household name. It wasn’t always a phenomenon that overwhelms our consciousness for two weeks and becomes a party for hours on game day.
My late father, Jim Davidson, was not a sports nut. Even with sons who were into sports, he paid them very little attention (the sports, not us). He was into food and restaurants. Oh, how he would love the Food Channel if he was alive today.
I remember him today because the Super Bowl meant nothing to him. But for most of my life, it always has meant a lot to me.
I was 11 years old when my team, the Kansas City Chiefs, played the Minnesota Vikings in Super Bowl IV.
When you’re 11, you don’t always have control of where you are going to be on a Sunday. Your parents might decide that it’s a great day to go visit grandparents.
So I started lobbying during the week to make sure I was in front of our black-and-white TV for the 1:40 p.m. kickoff. That’s right, the pre-game show probably began at 1:00 on CBS, and the game was played in the afternoon.
I can still see my Dad standing at the front counter of the pizza restaurant that he managed in Kannapolis. It must have been a Friday night, since us kids would not have been hanging out on a school night.
“Daddy, I want to make sure I see the Super Bowl on Sunday,” I said, looking up at the man dressed in all white.
“Super Ball? You want a Super Ball? Ain’t that something you play with?” Dad asked, referring to the hard rubber ball which was a fad in the 1960s.
“No, Super Bowl,” I said. “It’s a football game on TV this Sunday. The Chiefs are playing in it. I didn’t know if we had to go see Mamaw and Papaw this week.”
“Chiefs?” Dad asked, still confused. “I don’t know. Go ask your mother.”
Sounds like a scene in A Christmas Story, so I was Ralphie before the movie even came out.
Well, the happy ending was that I was at home, front-and-center, watching my Chiefs defeat the Vikings, 23-7. It was a glorious day. I’m pretty sure I watched alone — at least most of it. My older sister, Sharon, may have been in and out of the room a few times, but no one else was around. But that was fine with me.
Since we’re talking history, I’m blessed that I have lived long enough to have watched most or all of 48 of the previous 50 Super Bowls.
I missed the first two.
At 8 years old, I must confess that I had no idea that the Chiefs and Green Bay were playing in the first Super Bowl. Again, my parents did not watch football, so I hadn’t been turned on to it yet.
The next January, in 1968, my uncle Donnie in Statesville tried his best to get me to pay attention to what I learned later was Super Bowl II, between the Packers and Oakland Raiders. It was Vince Lombardi’s last game as the Packers’ coach.
“Dennis, get in here and watch this game, this is history,” I remember Donnie saying to me as I was in another room playing with Matchbox cars or something like that.
“I don’t want to,” I replied. What a dummy I was.
The next year, I did begin my current run.
Another uncle — Kenneth (Donnie’s brother), had returned from Vietnam and I remember watching Super Bowl III at my grandmother’s house with him and my sister. That was the legendary N.Y. Jets’ upset of Baltimore.
That game was my first feeling of competition among fans. Sharon and I loved Joe Namath and the Jets but Kenneth, all of 24, was “old school,” a diehard Redskins and NFL fan. He was pulling for Baltimore because he didn’t like that hotdog, Namath.
Sharon and I enjoyed victory, of course, and Kenneth “hit the road” in the third quarter. Annoyed with the way the game was going, he headed out to explore the Iredell County nightlife.
So, you see, the Super Bowl has always meant a lot to me, no matter the teams playing for the trophy. I’ve passed that love down to at least one of my daughters — Bethany, who vows to be there in person if the Chiefs ever make it back to the big game.
I’m sure many of you feel the same way about your teams and the Super Bowl, but for now, enjoy today’s game — and the party.
Do you have your pizza and wings ordered?
I do.
You Might Like

SALISBURY — Jason and Crystal Parks are expecting the birth of their second son, Luke, in about 10 days. Jason is... read more