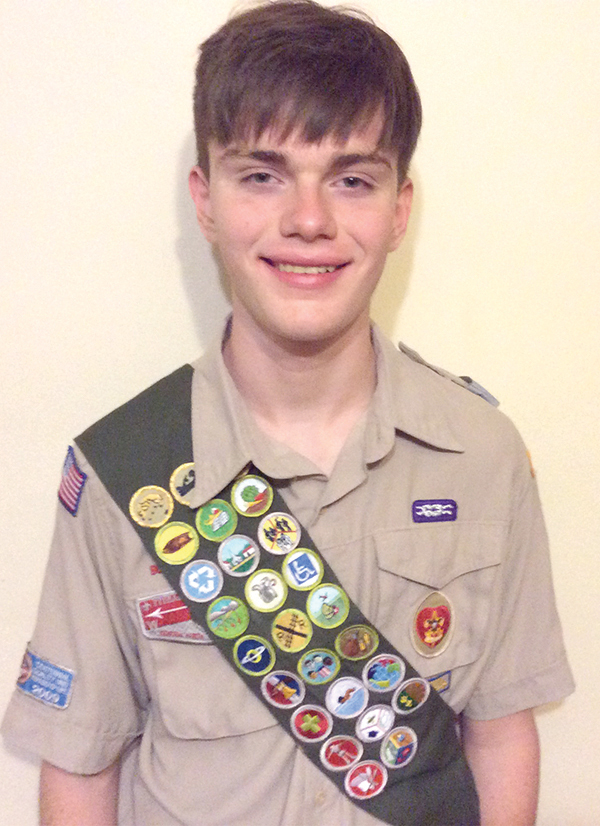 Harley was a Cub Scout in Pack 442, where he earned the God and Me, God and Family and Arrow of Light awards.

As a Boy Scout in Troop 442, he earned 27 merit badges. He also earned the God and Church award and two 50 Miler awards for canoeing, and is a member of the Order of the Arrow. He plans to complete an extended backpacking trek at Philmont Scout Ranch this year. He completed the National Youth Leader Training course and served the troop as a Patrol Leader, Instructor and Senior Patrol Leader. Harley also served on the staff at Camp John J. Barnhardt where he was honored twice as staff member of the week.

For his Eagle Scout Leadership Service Project, Harley worked with volunteers and staff at Rowan Museum, Inc. to produce video tours of Michael Braun’s Old Stone House and the China Grove Roller Mill, to extend the experience to individuals who are unable to use the steps to the second floors.

Harley is a student at Salisbury High School, where he is on the Honor Roll and the wrestling team.

He is the son of Edward and Debbie Hirst of Salisbury.