Editorial: Waiting to be safe and free 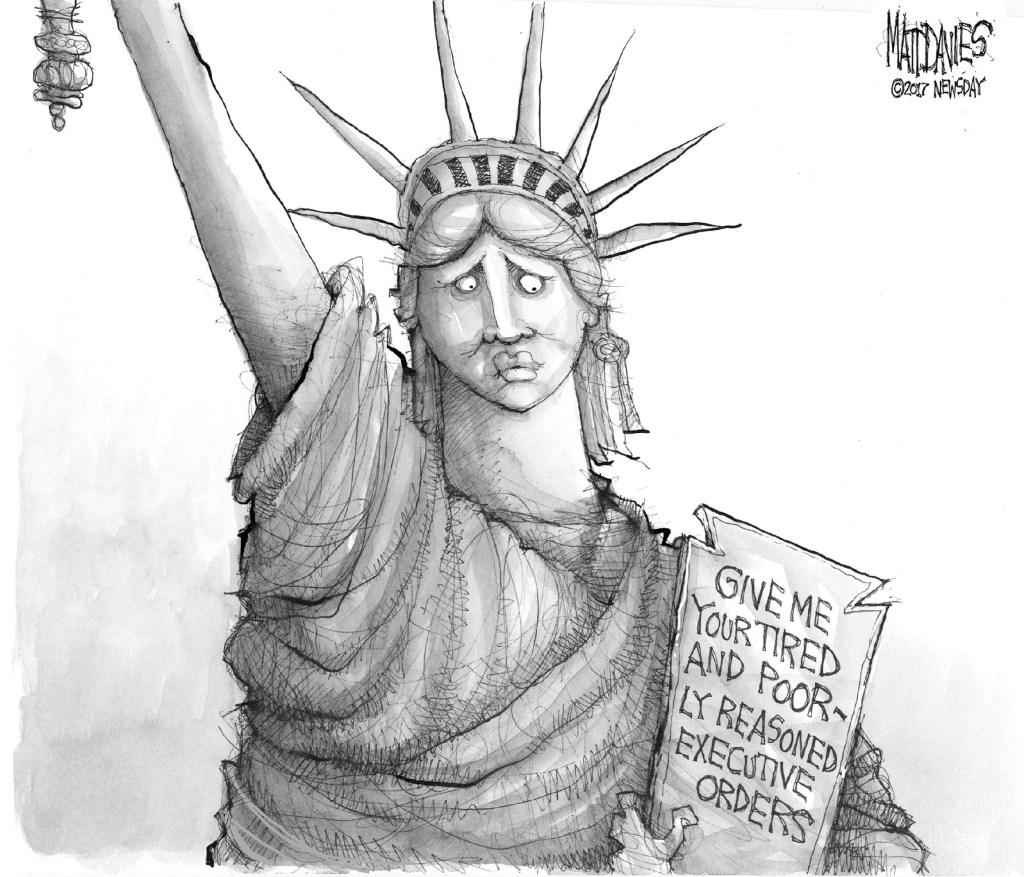 No free and prosperous nation can by itself accommodate all those who seek a better life or flee persecution. We must share this responsibility with other countries.

A federal judge’s ruling Friday in Washington state has thrown more confusion into the U.S. debate over immigrants and refugees. The judge declared he would temporarily block enforcement of President Donald Trump’s executive order.

As the full impact of this ruling unfolds, it’s hard to understand what it all means. We can start by breaking down the debate to its most fundamental elements, starting with terminology.

Words matter. “Migrant” and “refugee”  are not interchangeable; important difference separate the two.

“Most people don’t deal with it on a daily basis and don’t understand what a refugee is and how that differs from an immigrant,” Goins told Post reporter Josh Bergeron last week. “Refugees, these are people who have been in a camp for years just waiting on an opportunity where they can be safe and free. … These are people who are running from ISIS, running from the Taliban, running from a dictator.”

So what is the difference?

Migrants are people who leave their homeland for a variety of reasons — to seek work, get an education, reunite with family. Often they do so to avoid hardship, such as natural disaster, famine or extreme poverty.

Refugees are people who have fled their country to escape war or persecution. Several years after World War II, a diplomatic conference in Geneva reached international agreement on how refugees should be treated. The 1951 Refugee Convention defines a refugee as a person who, “owing to a well-founded fear of being persecuted for reasons of race, religion, nationality, membership of a particular social group or political opinion, is outside the country of his nationality, and is unable to, or owing to such fear, is unwilling to avail himself of the protection of that country.”

International law protects refugees from being sent back to situations where their life and freedom would be in danger;  it’s one of the most fundamental principles laid down in international law. “There is nothing illegal about seeking asylum — on the contrary, it is a universal human right,” says the United Nations Refugee Agency.

The UN Refugee Agency estimates there are over 60 million forcibly displaced people worldwide; 21.3 million have been identified as refugees. Over half of them come from three countries: Syria, 4.9 million; Afghanistan, 2.7 million; and Somalia, 1.1 million.

The U.S. public has seldom approved of taking in large numbers of refugees. Trump’s order suspended all refugee admissions for 120 days and banned the admission of Syrian refugees indefinitely. It also suspended the entry of all immigrants and visa holders from seven majority- Muslim nations for 90 days.

As the debate over this action continues, it’s critical that we seek facts and understanding.