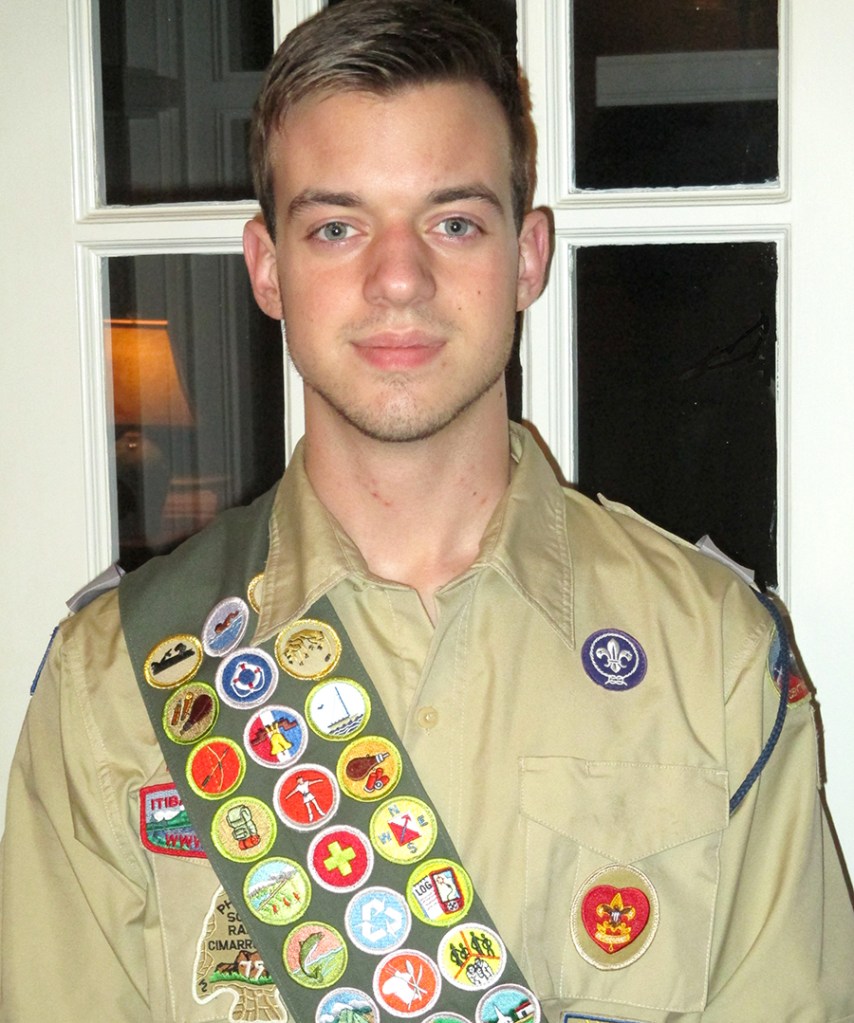 Steven began his scouting experience as a Cub Scout in Pack 442, where he earned the God and Family award, as well as the Arrow of Light.

As a Boy Scout in Troop 442, Steven earned 25 merit badges and three 50 Miler awards—two for canoeing and one for backpacking, and is a member of the Order of the Arrow. For six years, he participated in the Big Sweep project, cleaning debris from Falls Reservoir on the Yadkin River. In 2013, he completed a trek at Philmont Scout Ranch in New Mexico and he served on the staff at Camp John J. Barnhardt for two summers. He served the troop as Assistant Senior Patrol Leader and participated on numerous backpacking trips that varied from winter camping trips to Mount Rogers and South Mountain to hiking the Black Mountain Crest Trail to Mount Mitchell, as well as canoe trips on the Roanoke River and the Lumber River.

For his Eagle Scout Leadership Service Project, Steven organized and led a team of volunteers to build a trail kiosk and bench at the Walker Creek Trailhead of the Uwharrie Trail.

Steven is a member of the Salisbury Youth Council and attended the Seminar for Tomorrow’s Leaders, sponsored by Rotary International. He is a student at Salisbury High School, where he is a STEM Scholar, Crosby Scholar, member of the National Honor Society and co-founder of the Interact Club.

He is a confirmed member of First United Methodist Church and participated in the mission trip to Honduras.

Steven is the son of Robert and Lynn Anderson of Salisbury. His brothers Robert III, Ryan and Michael were also members of Troop 442.