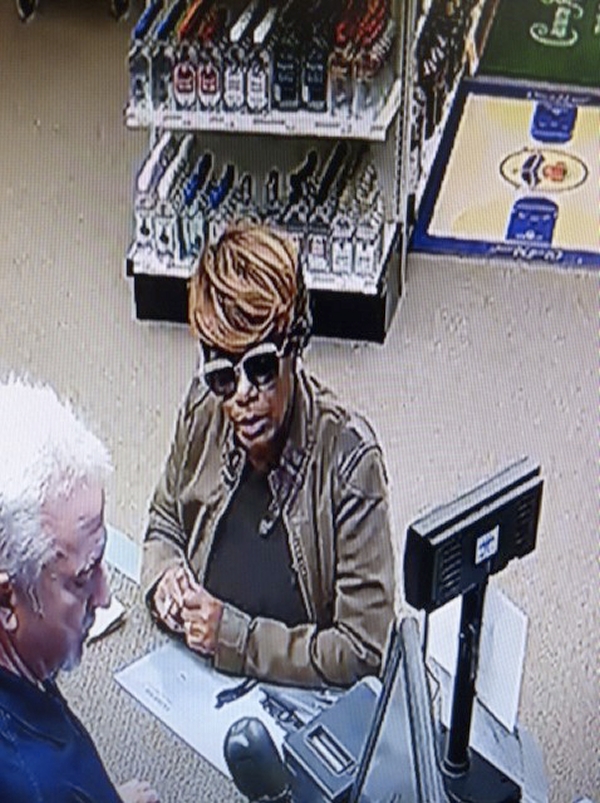 Salisbury Police are looking for this woman, who may have been involved in a robbery at a West Innes Street ABC store. Submitted photo Salisbury Police are looking for this man, who may have been involved in a robbery at a West Innes Street ABC store. Submitted photo Salisbury Police are looking for this man involved in a robbery at a West Innes Street ABC store. Submitted photo

SALISBURY — Police are looking for three people they say walked into a West Innes Street ABC store and took an unknown amount of money from a back room.

Employees said store surveillance video shows that about 5 p.m., two men and a woman walked into the store at 1636 W. Innes St. in the Ketner Center during a busy time. The woman distracted an employee by asking about liquor she needed to buy for a party, police said. The employee showed the woman some alcohol in a back corner. One of the men, who police said was well-dressed, walked to a back room used by employees and opened a few drawers until he found a stack of money inside one.

The door to the back room was not locked, police Capt. Shelia Lingle said.

The man put the money in his pocket and checked a safe, but discovered that it was locked and left.

Lingle said the employees did not realize the money had been taken until they went to the back room for it. Employees reported the theft at 7:50 p.m.

A second employee was busy checking out customers at the register.

By Wayne Hinshaw For the Salisbury Post The musical duo Castlebay returned to Salisbury this week for an evening of... read more