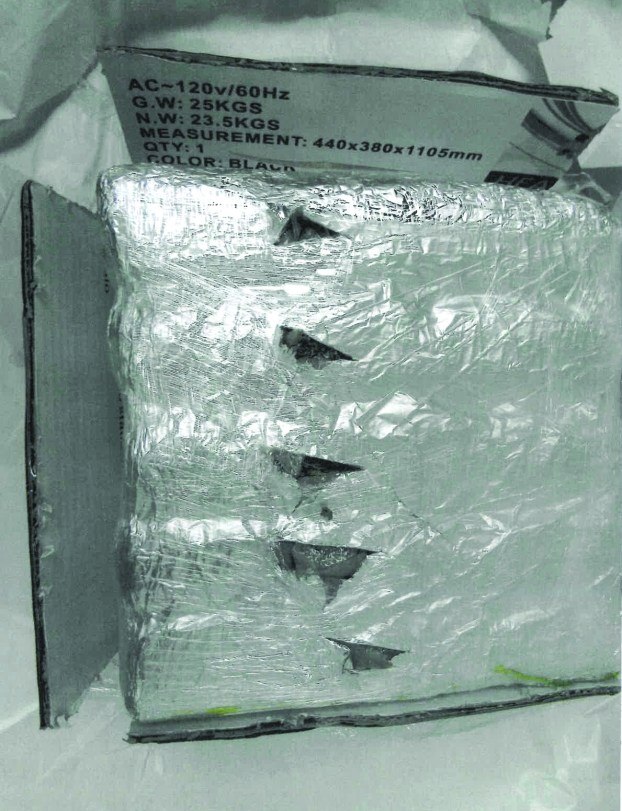 Rowan Sheriff's investigators said this 11 pounds of marijuana was shipped from an Arizona address to a home in Rowan County. Officials charged an Albemarle with trafficking. Submitted photo An Albemarle man was charged with trafficking in marijuana after he had 11 pounds of the drug shipped to a Rowan County home, county authorities said.

A detective said a package with the 11 pounds of marijuana inside was wrapped in plastic and aluminum foil. It was in a box that was shipped from an address in Bisbee, Arizona. The street value of the drugs is about $10,000. The detective said another 11-pound package was delivered to a home in Albemarle. The drugs were sent to a home in the same block where Davis lives.

Investigators were alerted to the shipment and intercepted it. When Davis picked up the package, Rowan authorities and Postal Service law enforcement were waiting. Officials with the U.S. Department of Homeland Security also assisted in the case.

Davis is currently on 18 months of supervised probation following a March 2016 drug conviction in Montgomery County. He also was been convicted of felony and misdemeanor drug offenses in Stanly County in 2013, 2010 and 2007.