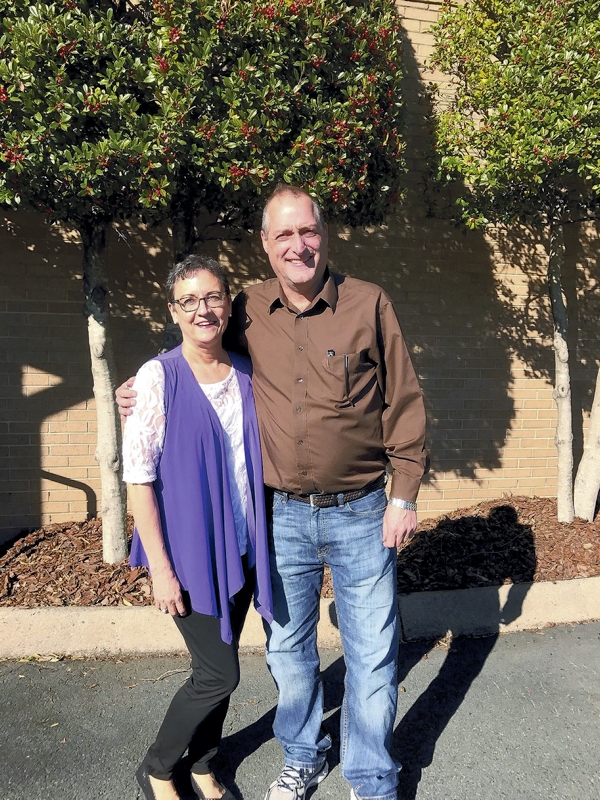 A few years back, the Ironman Triathlon watch was all the rage. All the local runners had one, except John Zerger.

“Those watches would only record running for 16 hours at a time,” Zerger said. “They were of no use to me.”

When Zerger talks about racing, his distances are hard to comprehend for others.

A resident of Salisbury since 1994 and a math professor at Catawba College for 23 years, Zerger is often quiet about his accomplishments.

Ted Zerger brought his son along when he stopped smoking and took up running. John was in the eighth grade and wanted to use cross-country and running a few one-mile races to get in shape for basketball. The family moved from Texas to Kansas, and John had success running two-mile races, even in the August heat. Mom Vera and dad both became successful competitive runners.

John began to enjoy his running even more and wondered about going longer distances. With three other cross-country runners, he asked his basketball coach if it would be OK to miss practice to run a half-marathon (13.1 miles). The coach wouldn’t hear of it, but the boys did it anyway.

At age 15, Zerger ran his first marathon in 1978 after consistent training of about 70 miles a week. He had read about how to beat the famous “wall” and figured that his mileage was enough to do just that. Zerger posted a sizzling time of 2 hours, 57 minutes and 51 seconds, but his young age disqualified him from running the Boston Marathon even though he had beaten the qualifying time.

“I had fun running 10Ks with competitive times, due to a special knack for pacing,” he said.  “Watches were not allowed in races at that time.”

He got the age 17 Kansas state marathon record for a time of 3:03, a mark that still stands.

Though he got some major college interest, Zerger decided to go to Bluffton College in Ohio, a small Division 3 school with no scholarships. In 1981, he lowered his marathon time to a best of 2:50. Zerger’s first ultra (any race distance longer than a marathon) came later that same year when he ran 37.2 miles in 4 hours and 44 minutes.

Zerger then lowered his marathon time to 2:40 and qualified for the National Championships in Charleston, West Virginia, missing All-American by two places. By the end of college, he had completed 16 marathons, two 50-milers and two 60K’s.

In 1985, Zerger ran four sub-3-hour marathons in 20 days, a feat made impressive because the 3-hour time has long been considered the level of excellence at that distance. Most marathoners take months to prepare for one race. Zerger ran marathons on consecutive days twice.

With the ultra-distance successes piling up and Zerger’s knack of internal pacing, the longer races became his specialty. His first time breaking 100 miles in a 24-hour race was in Wisconsin in 1985, something that he accomplished seven times. Top distances completed were 166.1 and 163.1 during 48-hour races, during which Zerger slept very little.

While considering the Transamerica Run, Zerger ran a trial 52-mile stage with a German runner. The two discovered during their conversation that Zerger had beaten the German runner by one place in the Hamburg Marathon in 1992. That race had 10,000 participants.

Though racing accolades are common for Zerger, his real reward comes when running for a purpose.

“I never did this to win awards,” he said. “Working for good causes and doing fundraisers associated with the ultra-races are important to me. My running needs to be bigger than just about me.”

With that in mind, Zerger organized four 24-hour relays at Catawba College during the 1980s that provided scholarships. A favorite memory and his favorite race both happened in Woodsfield, Ohio, when Zerger completed 102 miles while raising money for a children’s hospital. In 2001, he raised $5,000 for a bone marrow transplant for Samantha Washko, a Rowan County girl he never met until after she was cured.

Zerger, now 55, is accomplished at what he does, but the fun and the people are central to why he keeps going.

He has a ton of humorous stories and quotes:

Laurie Zerger has been John’s wife for 18 years and loves to go along to his races.

“Once he gets going, he is a machine,” Laurie says. “He can talk the whole length of the race to other runners. I love getting to know the other distance runners, always down to earth and accepting. A lot of people would be surprised to know what John does for fun.”

While competing against some of the world’s best ultra-runners, Zerger enjoyed getting to know Ann Trason, often considered the best of all time. Trason regularly beat all the men in the longest and toughest races.

“Anything can happen in an eight-, 12- or 24-hour period,” Zerger said. “I have gone from chasing the best times to worrying about just beating the cutoff times to stay on the course. I am a good judge of knowing myself and there are no mistakes that I haven’t made.”

With 40 years of running and 62 ultras under his belt, there are still goals on Zerger’s mind.

“I have won an ultra in each of the last three decades, so could a win in my fourth decade of running still be out there? My clutch is going, but my exhaust still works just fine. It’s all been fun.”

In southern Rowan County, I-85 construction will change several…