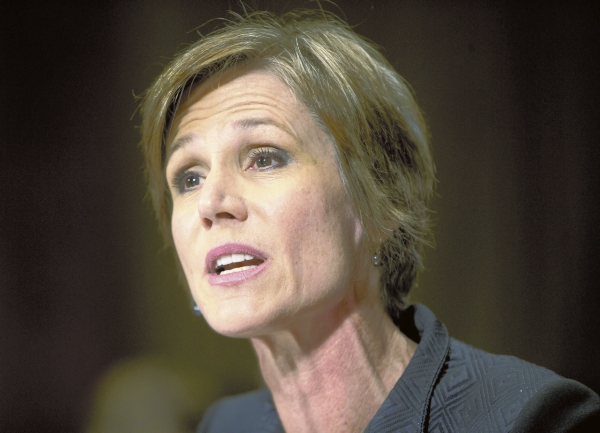 Other Voices: Yates should have defended Trump’s order

Yates told Justice Department staff members on Monday not to defend the order in court. Hours later, she was fired.

Trump was justified in doing so. The attorney general’s job is not to evaluate the wisdom of an executive order or a law, but rather to enforce those that are legally promulgated and passed. Once the department’s Office of Legal Counsel has affirmed this — as it did with Trump’s immigration ban — the Department of Justice has a duty to enforce it and defend it in court.

That said, the manner of Yates’s dismissal does not reflect well on the administration. The White House announcement of her removal was needlessly and inappropriately petulant, calling her “weak on borders and very weak on immigration.”

Just as depressing has been the congressional response to Yates’s firing. Democrats are treating her insubordination as a uniquely heroic act, even though it was at least partly political. Republicans, meanwhile, have tried to have it both ways: During her confirmation hearings in 2015, Republicans expressed hope that Yates would “show independence” from the White House and reminded her that her client was “the people of the United States — not the president.” Yet most Republicans are now backing Trump’s firing.

However sympathetic one may be to Yates’s view, an orderly democratic society depends on a respect for — and adherence to — the law. When public officials begin to pick and choose which laws to follow, the foundation of democratic governance begins to crumble. If Yates could not in good conscience do her job, the proper thing for her to do would have been to resign. A public letter detailing her objections to Trump’s policy would have accomplished the same goal without undermining the rule of the law that she has honorably devoted her career to upholding.

Just days into the Trump administration, the left’s narrative is clear. First, it was that Trump is an “illegitimate” president... read more