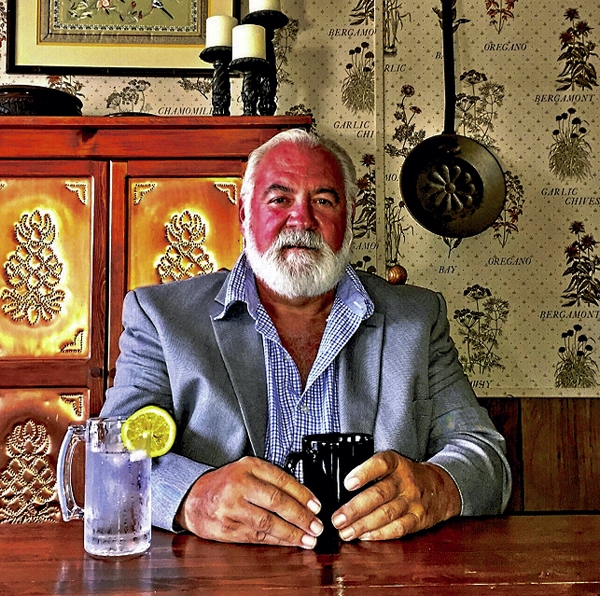 MASSAI MARA, KENYA — The sun would not rise for a few hours and we were alone on the highway. The pavement was lost as we made a turn onto the dirt. We were entering Massai Mara Game Reserve.

The sky was lit with a billion stars each one shouting its own message in its unique language. Though tough to hear, if you focused on one tiny point of light you could hear it whispering. The longer you concentrated, the louder it became, screaming in a heavenly dialect. Maybe it was because we were in Africa that the voice was so clear, the place where man and animals had their beginning, and we were in the heart of it.

This was the home of the Big Five, with the lesser ones living right beside them in a kingdom where there are true kings and, countless that eat just to be eaten. The balance is held in order with the most fortunate at the top. Even the vultures have their place as the sanitation crew cleaning up after the eaters of flesh. A meat eater will consume the grass eaters, and after it is over each one returns to the soil to become fodder once again, and the cycle continues.

Now the sky is beginning to brighten a little. The stars are quiet but something else begins to speak. There is barely enough light to allow the tree line to be visible and the acacia’s show their dim silhouettes against the horizon. They are still and silent. Unexpectedly, the wind seems to blow and the tree line becomes alive. The trees are walking, taking long steady strides. The eyes come into focus as light bends slightly to illuminate them. Towering, almost black, no discernable color, we see they are not trees at all. Their long necks stretched toward the sky reaching for the already dimming stars. Majestic with their smooth steady strides and definite in direction they are on a mission. Their markings are as charcoal mapping the lighter patches that are void of their usual brightness.

This is a moment that could never be caught with a photograph, a few seconds in time that the eye can gather and project it into the mind. In a fleeting moment the magnificent beasts are there and then they vanish into the dawn. A moment has flashed, awe struck, with eyes straining to see more, a perfect moment is branded into you mind.

Rusty and his wife Laurie live in Rowan County. They are in the travel business.

KANNAPOLIS — Rodney Efird, pastor of West A Tabernacle Baptist Church, will be ordained on Sunday, Jan. 29, at 11... read more