Desperate times on the home front during the Civil War 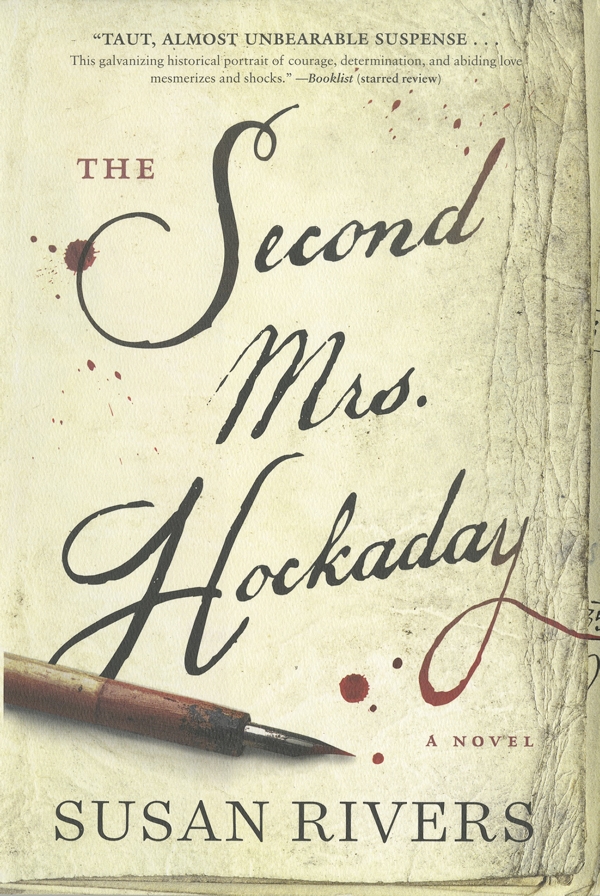 The story of “The Second Mrs. Hockaday” begins with a shocking revelation — Placidia Hockaday is awaiting trial on a charge of murdering her baby — a baby not engendered by her husband, Major Gryffth Hockaday.

The major, gone for two years of bitter fighting, is  freshly returned from the agonizing disappointment of the Civil War.

We learn the cruel fate of Placidia through letters to and from her cousin, Mildred, a transcript of the inquest and finally, diary entries rediscovered long after her death.

Author Susan Rivers, an award-winning playwright, has created a provocative, fascinating novel that reveals much about human nature — the will to survive is almost unbreakable — and about the devastations of war on the home front.

Rivers has done extensive research, going to source documents including the transcription of a Civil War-era inquest. She has read slave narrations from the period, delved into published diaries of women who survived the war.

She studied troop movements, topography, planting techniques and more. Then she has used her knowledge to create a world that is  painfully real.

The Civil War was deadly, ghastly, with soldiers left dying in fields and rotting under the sun. Injuries were horrific — limbs torn from bodies, eyes, ears, fingers lost.

But at home, the wives, sisters, children and slaves were subjected to terrifying raids, brutal marauders, deserters, desperate men out of control, the whole filthy underbelly of a world in conflict.

It wasn’t just Sherman who burned and destroyed the South — sometimes it was rogue Confederate soldiers, ranking Union officers and outlaws of every stripe.

Rivers writes with great admiration for Placidia, an educated woman who was raised well, if a bit wild, and she allows the heroine to triumph through many heart-breaking challenges, not the least of which is saying goodbye to her new husband just two days into marriage.

Placidia, who must also care for her husband’s young son, is smart enough to know when she needs help and to earn the respect and cooperation of the enslaved people who live on the farm. With her is a beloved servant from her father’s house, Abner, on whom she places much trust. She and the son, Charlie, develop an abiding love.

Somehow, Placidia must learn the seasons of the farm, what to plant, how to plant and where to plant. She keeps up with commodity prices and endures flood and fire and all the other things nature hurls at the land.

Her letters are revealing, well written and intriguing as she reveals details of what she has endured to her trusted cousin.

During the inquest, Placidia’s brother-in-law testifies to her dangerous situation and her need for his help with the farm. Floyd Parris is married to Placidia’s mean and haughty stepsister, Agnes, who does not approve of her husband’s attention to Placidia.

Isn’t the name wonderful? In the book, we learn it was her mother’s choice for a name. It’s obvious the young woman is not placid at all, but full of spirit and determination. She WILL guide her fate and not allow others, some of whom are jealous, to divert her.

During the course of the inquest, Maj. Hockaday will have nothing to do with his wife, the one he was sworn to love. He believes her guilty of infamy, giving birth to someone else’s child, then murdering it and burying it on the farm.

Placidia, in turn, cannot and will not tell the true story, wishing to protect someone very dear — is it the father of the child?

That story remains a mystery for most of the novel, keeping the reader gripped by the drama.

Rivers also writes in a vocabulary that is appropriate to the period, adding authenticity. The language takes the reader to the farm in Holland Creek, to the parlor of the Parisses, through dark nights and a desperate act, to the depths of Placidia’s heart.

Observing the story unfold through the letters, the inquest and diary entries keeps the reader going, reluctant to leave this known and unknown world.

In reading the author’s notes, the story becomes all the more intriguing, since much of it is based on history and actual accounts of the time.

It would be unfair to reveal Placidia’s fate through the course of the novel, because this book can be called thriller, mystery, historical fiction, any number of things that imply the conclusion is best left unspoken.

Suffice it to say, it is a remarkable journey, with characters who will live long in your mind.