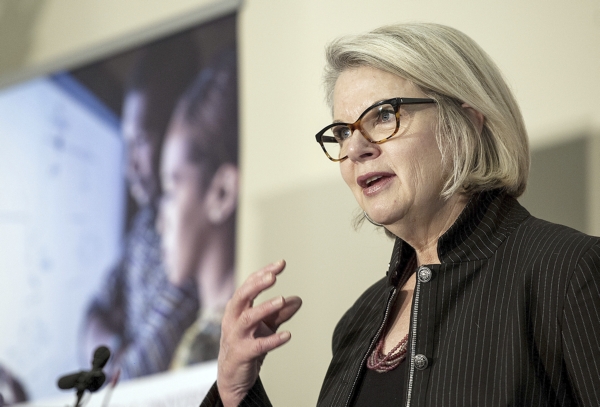 Other voices: Spellings speaks the truth on HB2

It’s not enough that House Bill 2, the hastily passed, continually embarrassing and seemingly indestructible discrimination bill passed into law by our Republican-dominated state legislature, has turned millions of dollars’ worth of business investments away from us. Now we learn it’s damaging our university system, too.

Academic candidates have ruled out accepting jobs in our university system because of HB2, University of North Carolina system President Margaret Spellings recently told The Associated Press. She added that she’s unaware of any academic talent embracing a move to North Carolina because of the law.

“I know people have withdrawn their candidacy,” Spellings told the AP during an interview Wednesday. “But how many? To what effect? Were they not coming anyway? We’ll never know.”

The UNC system, with about 220,000 students, is a defendant in a lawsuit filed on behalf of transgender students and university employees. The plaintiffs say requiring them to use restrooms that don’t match their gender identity is discriminatory.

Spellings has said the campuses must obey the law, but won’t change any policies or enforce the bathroom requirements, the AP reported.

“We’re in a competitive world and our competitors have used this issue against us to some extent,” Spellings told the AP. She’s worked as education secretary for President George W. Bush and was tapped for her current post by the GOP legislature. She is no mushy liberal.

Spellings continued: “If I’m in Georgia and I’m in a competitive bidding war for a world-class faculty member, I’m going to say, if this is a transgender or gay person, ‘Is this an environment where you’re going to live and work?’ So I think anecdotally there’s some of that going on.”

The law’s defenders have offered various specious arguments, such as the need to protect people from being molested in bathrooms by men posing as transgender women.

Never mind the notion of denying a right to a citizen because of how someone else might misuse it — apply that logic to gun ownership for an instant — the claim is ridiculous, considering how rare and inconsequential such incidents are. They’re always isolated, committed by some idiot, and they always end with arrest and prosecution.

In the meantime, hate crimes against transgender individuals are on the increase, according to FBI statistics. They’re the ones who need the protection.

According to the National Conference of State Legislatures, similar legislation is pending in five states. It has already been rejected in 14 other states, including some on the right side of the spectrum, like Kansas and South Carolina. More than half the states know better than to even attempt the mistake our legislature made. Ours is the only state that has passed such a stringent regulation.

Gov. Roy Cooper said last week that he continues to discuss repeal with leaders of the legislature, the AP reported.

We know our legislature can be stubborn. But we’re far past “enough.” End this madness, legislators.

By Leonid Bershidsky Bloomberg View President Donald Trump’s executive activity has been frantic in the first days of his term.... read more