Emma’s restaurant to be featured on ‘N.C. Weekend’ 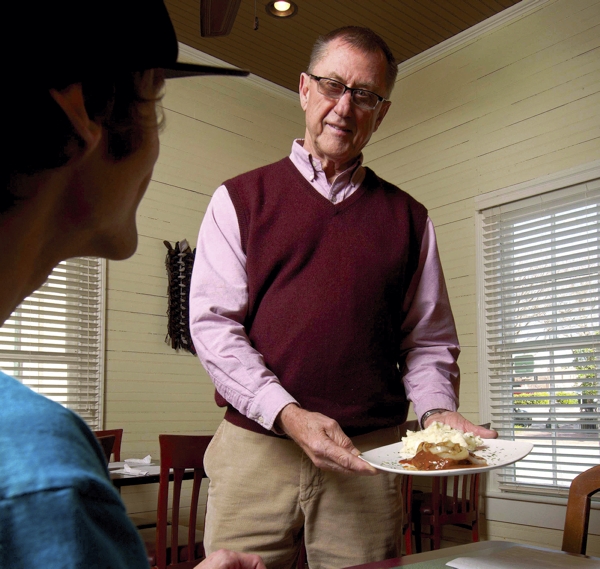 SALISBURY — A well-known Salisbury restaurant will be featured on the television show “North Carolina Weekend” tonight.

Bob Garner, a reporter and producer of the UNC-TV show that features attractions, food and entertainment across the state, visited Emma’s Restaurant in October.

Allen Terry, owner of the restaurant, said he was interviewed and let Garner taste some of Emma’s most popular dishes.

Emma’s is a casual American cafe at 209 S. Lee St. Meals are served in the rooms of a renovated circa 1901 Victorian cottage.

Terry asked Garner how he found out about Emma’s. He said Garner told him that he hears about popular restaurants through the grapevine and then researches the restaurants online.

Terry said he has been on camera before, but he’s not totally comfortable with it.

“I’m hoping for some good angles, and everything is good,” he said.

The feature will be good for business and the city, Terry said. Though he knows that some of the things he said in the interview may be cut in the editing process, he was sure to mention downtown Salisbury.

“I tried to give downtown Salisbury a plug while he was talking to me,” he said.

Terry said he hopes customers will enjoy seeing the restaurant on television.

“I feel pretty good about it,” he said.

The Emma’s feature will air on “North Carolina Weekend” at 9 tonight on UNC-TV.

Emma’s is open on Thursday for lunch, Friday-Saturday for lunch and dinner, and Sunday for brunch and lunch. Call 704-310-5511 or visit www.emmasofsalisbury.com for more information about the restaurant.