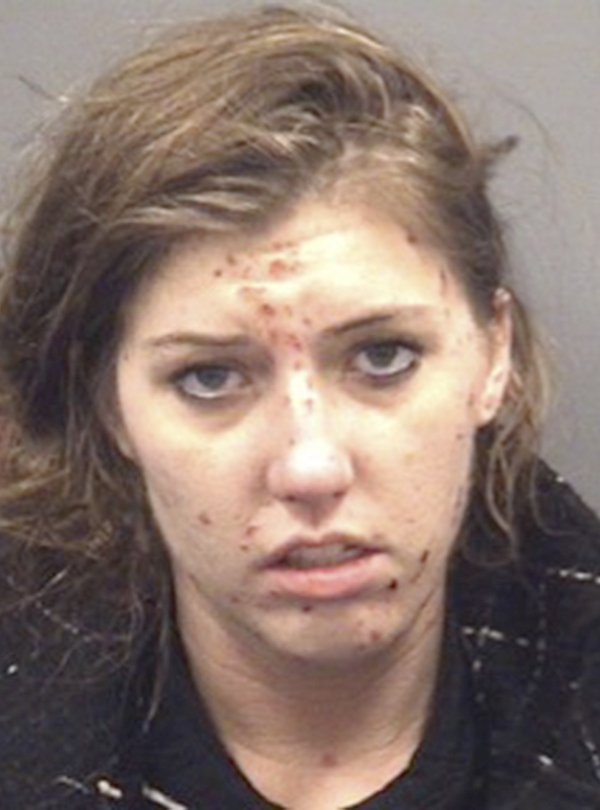 A Mooresville woman has been charged with forgery and other financial crimes and was being held at the Rowan County Detention Center awaiting more charges from Huntersville police.

Brittany Elizabeth Butler of 113 Brookridge Lane, Mooresville, is charged with two counts of obtaining property by false pretense, two counts of uttering a forged instrument and one count of misdemeanor larceny.

On Jan. 11, the Iredell County Sheriff’s Office got a report about stolen checks. The victim said he noticed the checks were missing after Butler had been in his home babysitting on Jan 6.

The victim noticed several of the checks had been cashed at the State Employee’s Credit Union in Mooresville and Huntersville on Jan. 10 and 11. Sheriff’s Detective Patrick Irwin got copies of the cashed checks along with surveillance camera footage of a woman identified as Butler cashing the checks.

All the checks were written to Butler, and her account was used to cash the checks, according to officials with SECU. Irwin saw a woman in a red SUV cashing checks on the security footage. He identified Butler as the suspect by talking to the victim and other detectives.

Butler was charged Nov. 29 with stealing packages in the Brawley School Road area with Sage Owings. The vehicle Butler was driving in the footage from the bank was also used in the theft of the packages.

Butler was arrested Jan. 19 in Rowan County on other charges not related to the checks or packages. She was given at $15,000 bond for the Iredell County charges. Information about the checks that were cashed was given to the Huntersville Police Department.

Staff report The Iredell County Sheriff’s Office has released a sketch of a man seen in the area where a... read more