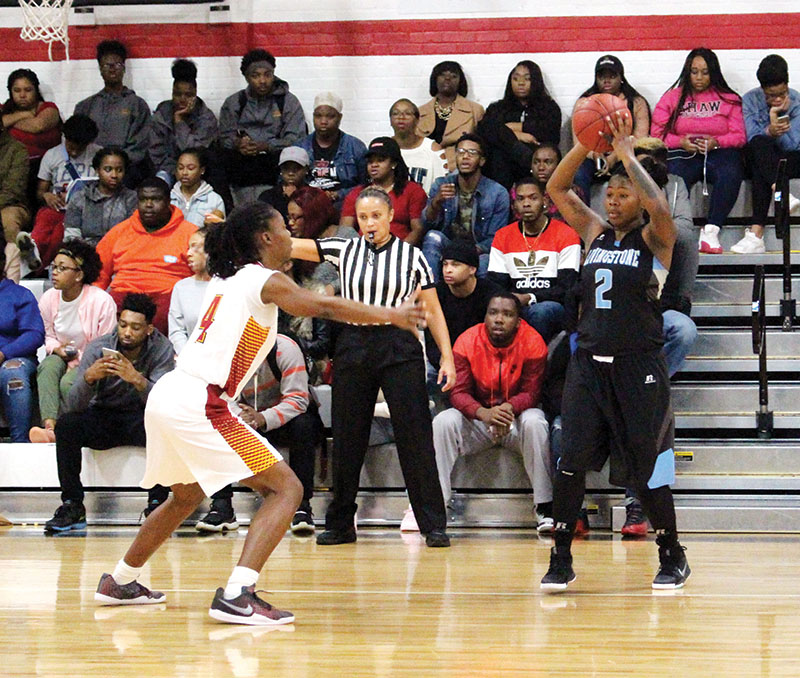 Patterson led Livingstone to an 88-73 victory over the host Bears, scoring a game-high 21 points. Patterson made 7-of-13 shots, including 6-for-8 from behind the 3-point arc.

The Blue Bears (9-9, 4-4 CIAA) bounced back from Saturday’s 81-69 loss at home to J.C. Smith, a game that saw five of Livingstone’s nine players foul out. The Blue Bears had led that game after the first quarter, 26-7.

Another senior guard who had a big game was Brittany Taylor, who, like Patterson, fouled out against J.C. Smith with just five points. Last night, Taylor scored 18 points, going 4-of-7 on 3-pointers. She also dished out eight assists.

Junior guard Deonna Young, the CIAA’s Newcomer of the Week after scoring 33 points in two games last week, pumped in 20 points against Shaw. Young came off the bench to connect on 8-of-14 shots, including 3-of-4 from 3-point land.

After holding a slim 17-12 lead after the first quarter, Livingstone broke the game open in the second period (31-17), for a commanding 48-29 halftime advantage.

The Blue Bears extended the lead after three quarters to 74-48. Shaw was then able to chip away at the deficit in the final period.

Livingstone’s largest lead came with 3:49 left in the third quarter, when a 3-point play by Young put the score at 67-40.

The Blue Bears return to Raleigh on Wednesday for a CIAA battle with St. Augustine’s at 5:30 p.m.