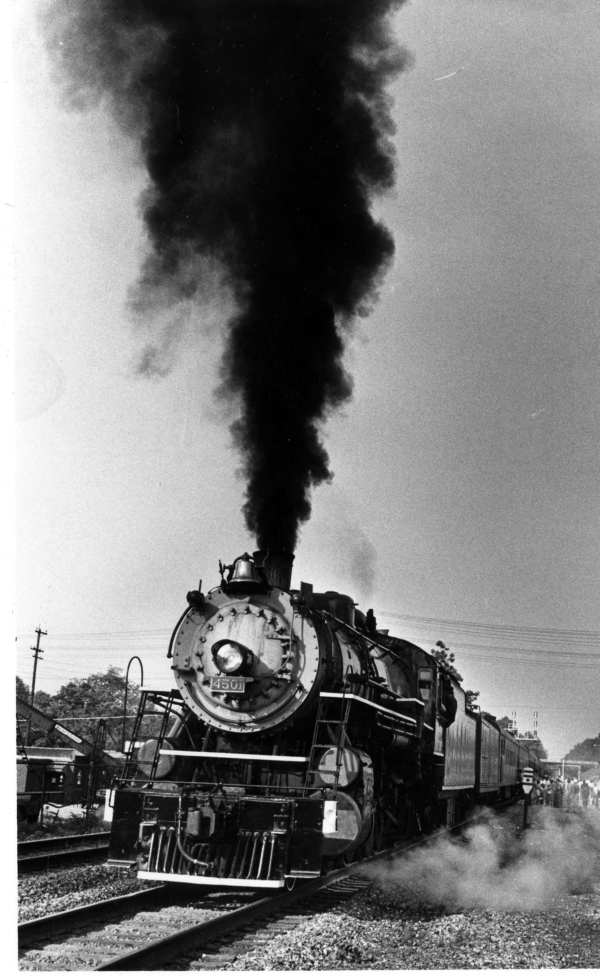 This photograph from the Salisbury Post files was taken in July 1985 and shows the billowing black smoke of the Mikado steam engine 4501. The 1911 steam engine pulled a special excursion of school children, including 600 Rowan County students, from Salisbury to Asheville on a trip dubbed the “School Steam Special.” A month later, Mikado 4501 pulled an excursion train of 800 passengers from Salisbury to Asheville. That excursion was dubbed the Blue Ridge Special, and both trips were sponsored by the Spencer Chapter of the National Railway Historical Society.